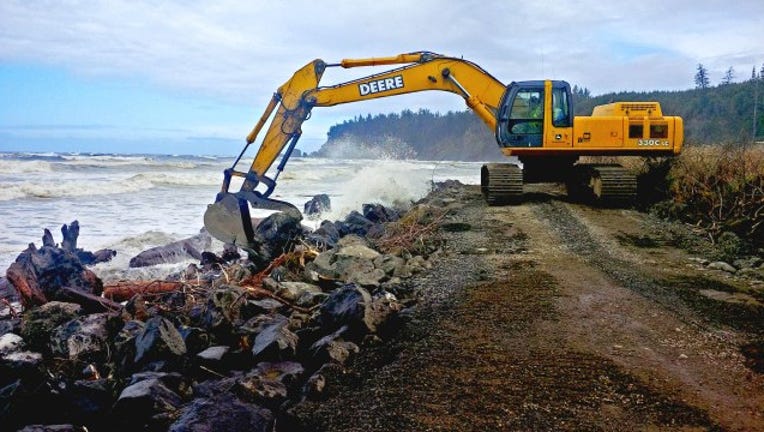 TAHOLAH, Wash – More than half of an 1,100-foot seawall along protecting the village of Taholah from the Pacific Ocean was damaged during recent severe weather threatening some 700 residents with the danger of flooding.

Over the weekend the U.S. Army Corp of Engineers, Seattle District, deployed 11 members to complete emergency temporary repairs to prevent a catastrophe.

During the 24-hour emergency response, crews were able to build an access ramp to allow equipment onto the seawall, remove the capstones and install a filter blanket and armor rock.

Those temporary repairs have so far protected Taholah through high tides and a storm surge.

The Quinault Indian Nation declared a state of emergency and asked the Corp to step in and help.  It is now up to Quinault leaders to determine a permanent fix for the seawall.