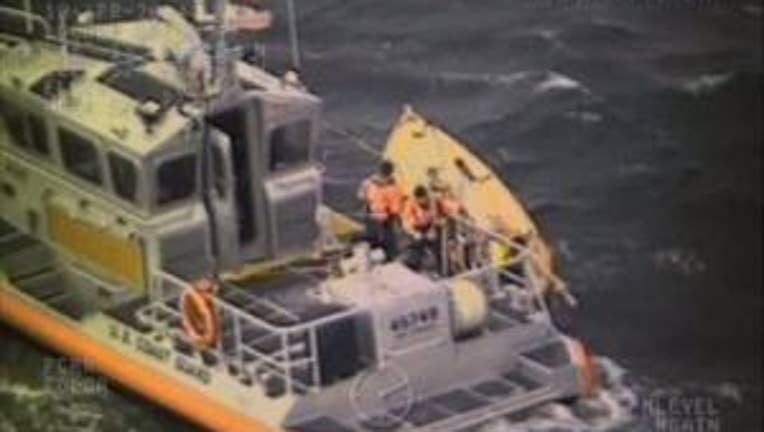 PORT TOWNSEND -  He was cold and wet, but lucky to be alive.  The U.S. Coast Guard got a call from a boater who witnessed a small sailboat capsize in Puget Sound north of Port Townsend Saturday.  The call the boater came in just before 1 p.m. reporting that there was one person in the water.

By the time the Response Boat arrived on scene the sailboat skipper had managed to right the overturned sailboat and was on board.  The Response Boat crew threw a line to the distressed sailor, helped him aboard and took his sailboat in tow.

Both the sailor and his 19-foot handmade sailboat were transported safely to the Point Hudson Marina in Port Townsend.