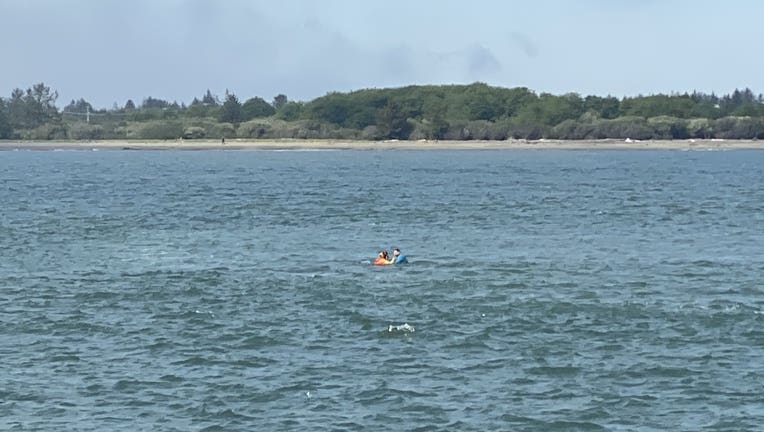 The Coast Guard rescued a kayaker who capsized in the chilly waters off Grays Harbor as the tide was on flood cycle.

The Coast Guard received a call for help around 2:10 p.m. Sunday saying a kayaker had capsized near the entrance to Grays Harbor. A Jayhawk helicopter training nearby was diverted to the real-life rescue as a rescue boat was launched.

Despite the fog hugging parts of the coast, the helicopter crew spotted the kayaker floating in the waters between Damon Point and Ocean Shores at 2:45 p.m. He was eventually hoisted to safety with the help of a rescue swimmer, officials said.

He was brought back to a waiting medic onshore who treated the kayaker for hypothermia before being released. Meanwhile, the rescue boat went and retrieved the kayak.

Officials said the man was about 15 feet of water amid swells of 2-4 feet. 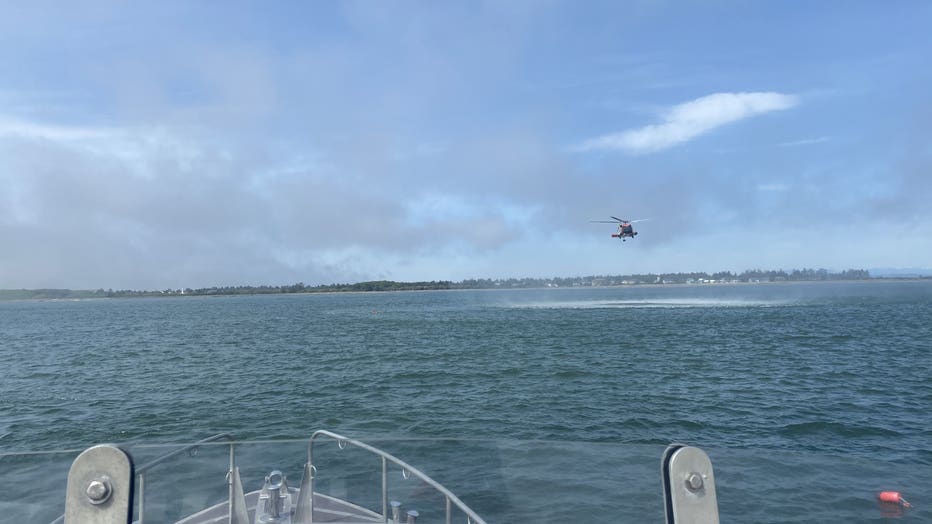 An MH-60 Jayhawk helicopter crew from Coast Guard Sector Columbia River hovers over a capsized kayaker as they conduct a rescue near Ocean Shores, Washington, May 10, 2020. The rescued kayaker was treated for symptoms related to hypothermia. (U.S. Co