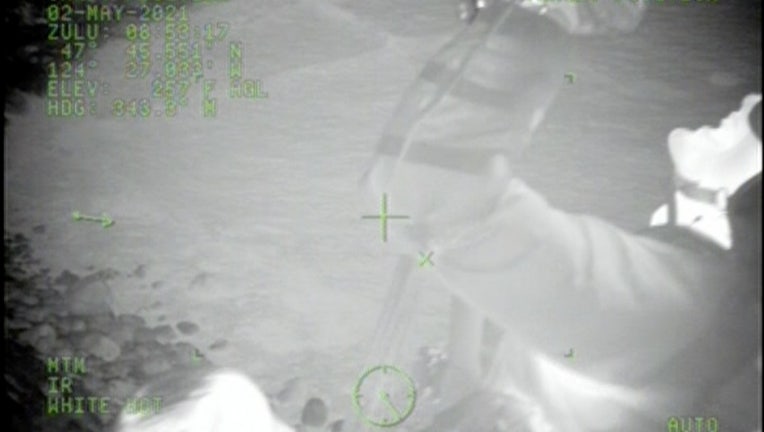 The crew responded from the Coast Guard air station at Port Angeles at about 2 a.m. after receiving distress calls about two people in trouble near Hoh Head on the Pacific coast.

Arriving at the scene, they learned the two hikers had become stranded about 150 feet from the water line after climbing to retreat from rising tides.

The Coast Guard air crew hoisted both hikers from the cliff’s ledge and flew them to Forks Airport, where they were reported to be in good condition.

The Coast Guard reminds hikers to always know the tide schedule while exploring near the beach and to always have a reliable means of communication in case of an emergency. The battery on the cell phone these hikers used to vector in their rescuers died just moments after the pilots spotted their location.