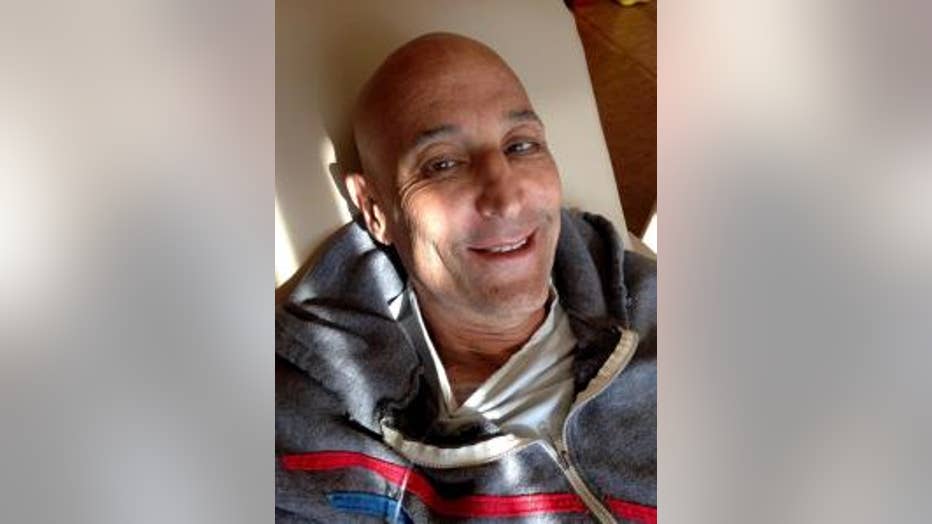 (CNN) -- "The Simpsons" co-creator Sam Simon is facing terminal illness the best way he knows how: with a sense of humor and a generous heart.

It was two years ago that Simon, 59, was told that he had colon cancer and had just three to six months to live.

"They showed me my scans and said, these are the scans of a dead man," Simon recalled in an interview with NBC's Maria Shriver. "I said, 'Is it curable?' And the doctor goes, 'We don't use that word.' "

Though his doctor couldn't cure him, he could work to keep Simon alive. "And he's done a remarkable job of it," Simon said. "I feel great. I've never been happier."

Some of that happiness comes from being "surrounded by people that love me and take care of me and would do anything for me," Simon said. "That's called happiness."

But part of his peace comes from his philanthropy. When Simon learned of his diagnosis, he made a promise to give away his fortune.

He never did say how much he's made over his many years in Hollywood, working on "The Simpsons" in addition to hits like "Taxi" and "Cheers." But what is clear is that however much he has, he wants it to go toward animal welfare and to feed the hungry.

"Ingrid Newkirk, who is the founder of PETA and one of the most influential people in my life ... she came up with an almost therapy for me, where we planned and are still planning a series of animal liberations and actions that I get to participate in and enjoy and have something to look forward to at the same time," Simon said.

There's also his philanthropic organization, the Sam Simon Foundation, which aids animals and has a "feeding families program that feeds 400 families a day in Los Angeles."

His passion for these causes comes from a responsibility he feels, Simon explained, "to speak for those who can't speak for themselves."

Simon was honest about how difficult his diagnosis has been -- "cancer is a horrible disease, (and) I am struggling with it," he told Shriver -- but he added that it's also been a lesson.

"It has been a fight; it's been an adventure; it's been an education," Simon said. "It's been the most amazing experience of my life."