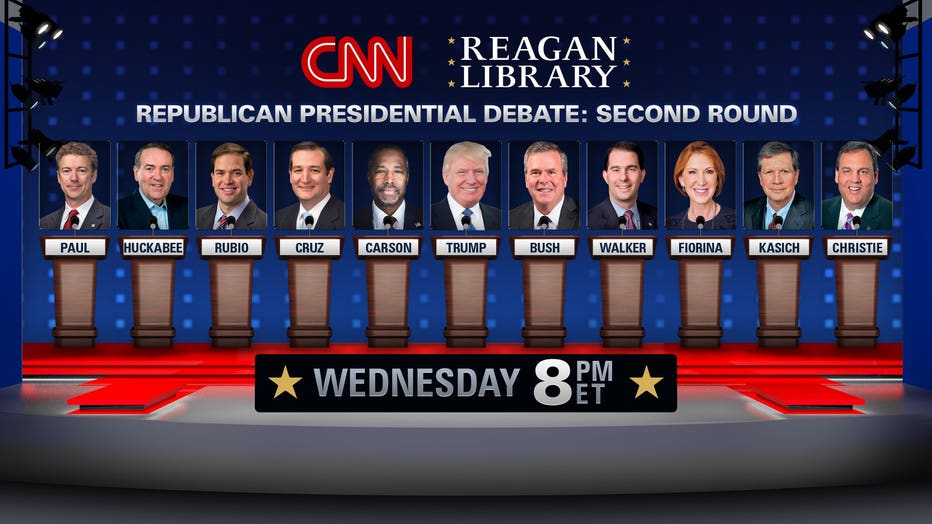 The stage is set for the CNN Reagan Library Debate next week in California, with Carly Fiorina joining 10 other leading Republican presidential candidates at 8 p.m. ET. (Photo: CNN)

CNN announced the slate Thursday night. It's the largest group to share a presidential debate stage in modern political history.

The candidates scheduled to face off Wednesday at the Reagan Presidential Library include former Hewlett-Packard CEO Carly Fiorina. She didn't qualify for the first debate, but a polling bump and a big lobbying push persuaded CNN to broaden its participation criteria.

Five others will participate in a separate debate earlier in the day.