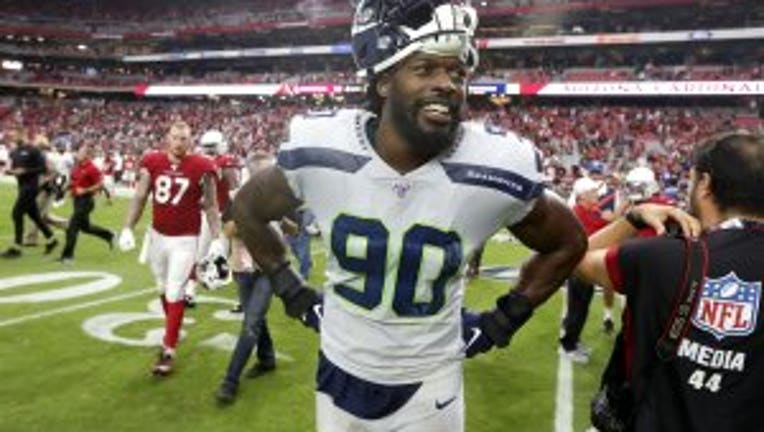 Defensive end Jadeveon Clowney #90 of the Seattle Seahawks smiles following a 27-10 victory against the Arizona Cardinals during the NFL football game at State Farm Stadium on September 29, 2019 in Glendale, Arizona. (Photo by Ralph Freso/Getty Image

SEATTLE – Seattle Seahawks defensive end Jadeveon Clowney will not play against the Philadelphia Eagles Sunday morning as he continues to nurse a hip injury.

The pass rusher didn’t practice all week due to the injury and coach Pete Carroll was hoping he’d recover in time for the matchup, but Clowney was listed on the game’s inactive list.

After unremarkably disrupting opponents since being acquired just before the season’s start, Clowney had a breakout game against the previously undefeated 49ers – racking up a touchdown fumble return, a sack, and terrorizing San Francisco's QB Jimmy Garoppolo all night.

The performance earned him NFC Defensive Player of the Week. His absence leaves a shaky Seattle defense without one of its key anchors.

Carroll hasn’t spoken about the severity of Clowney’s injury or given a timetable for his return. 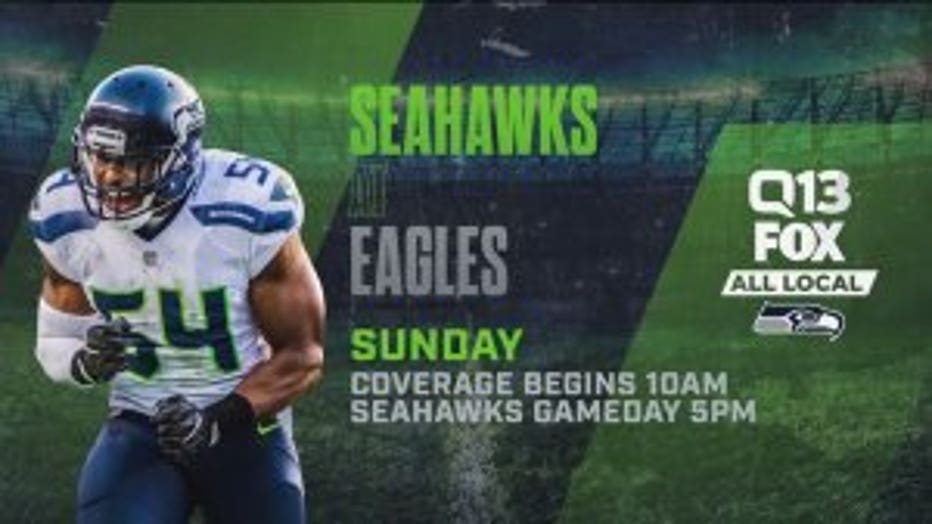