Hundreds of cars were stuck in bumper to bumper traffic after the Seattle Department of Transportation closed off sections of Aurora and Mercer in Seattle. Before the closure the city issued a warning. Clearly, not everyone got the message.

"Very bad,” another driver said about her day.  “An hour from 145th and Aurora.”

Even when the lights are in their favor drivers are merely inching forward.

While these folks are at the mercy of Mercer, construction appears to be moving at a snail's pace. Aurora will be back open Monday morning, but Mercer will be back to its messy self.

Eric Tweit, with SDOT, said, "Monday morning when we open back up, Mercer will be down to two lanes permanently between 5th Avenue North across Dexter to 9th Avenue North.” 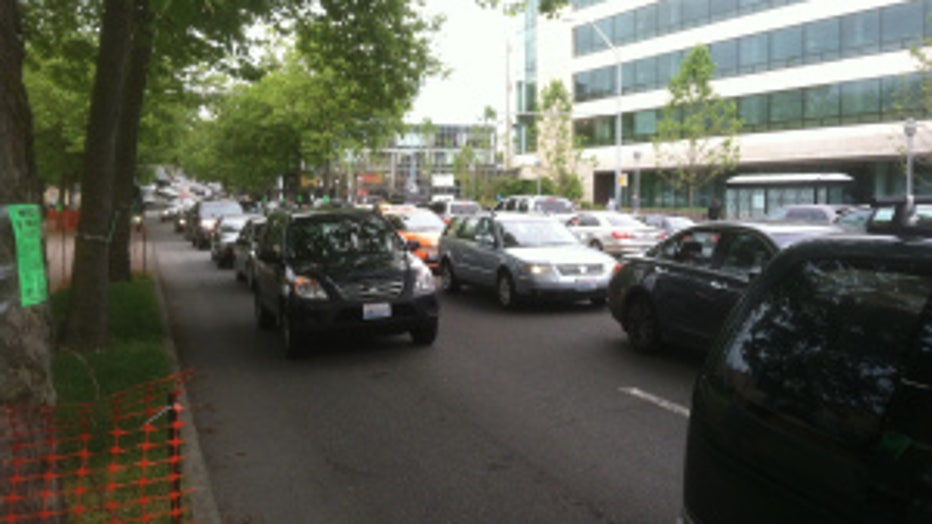 For more information on the closures, visit http://www.seattle.gov/transportation/mercercorridor.htm