REDMOND, Wash. -- Every call, and every moment can make the difference in hotly contested races like the state Senate race in the 45th Legislative District.

“There definitely is a lot of excitement. There's a lot of enthusiasm. Getting great responses at the doors,” Democratic candidate Manka Dhingra said Monday.

The two first-time candidates will decide the balance of power in Olympia.

The GOP has a majority coalition and with the house in Democratic control -- it's often a standoff.

“We can be an example for the rest of the country in what bipartisan cooperation looks like and that's having Republicans and Democrats serving as equals,” she said.

It's positivity and policy when on the phone or prepping to knock on doors.

Lee Englund wants to make sure education money is spent wisely, instead of just being a money pit.

Dhingra wants to close tax loopholes and use the new funding to help the budget stay afloat.

But the actual campaign hasn't been so squeaky clean.

Each side has battered the other with ads, with the campaigns and outside groups combining to pump millions into the ads.

But as we uncovered in recent weeks, they aren't always accurate.

“This really is one of the most educated districts in the state and I don`t think the attack ads are hitting because people are doing their research,” Dhingra said.

The waning hours in a race that could change Washington's halls of power.

The state's 45th Legislative District extends from Kirkland on the west, to Duvall on the east, and Sammamish on the south. 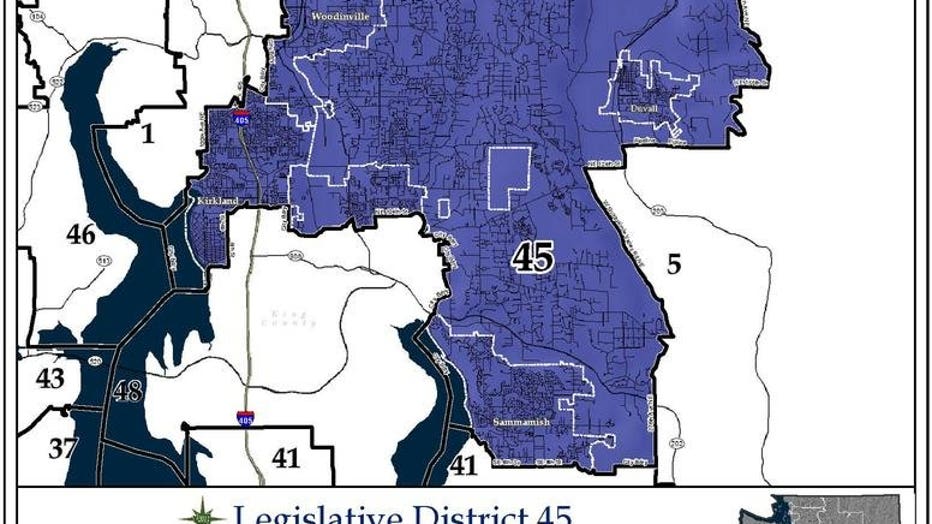