OLYMPIA -- One in four girls and one in six boys has suffered sexual abuse before they’re 18 years-old -- and those numbers are difficult to comprehend. 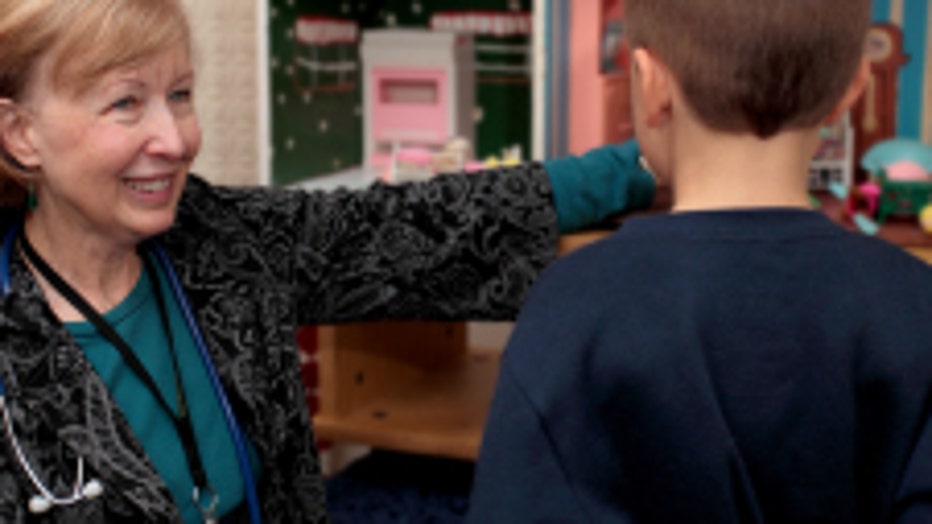 The Providence St. Peter Sexual Assault Clinic in Olympia is the place where children come to be evaluated after a reported abuse as well as receive counseling services.

“It’s a real need in our community. We’re the go-to place for five counties and I’m the only pediatrician here,” Dr. Deborah Hall said.

In her 20 years with the clinic, Hall has witnessed the aftermath of horrific abuse.

“We’ve seen young infants who have been viciously sexually assaulted. Most kids we see are toddlers to mid-teens,” she said.

For children who are old enough to describe what happened to them, the clinic team works hand-in-hand with law enforcement and prosecutors.

“When you see a guilty verdict based on the child’s testimony, it’s like our whole team has succeeded and gotten somebody off the street that’s not safe to be around our kids,” Hall said.

The clinic launched a new awareness campaign called “Darkness to Light,” that trains people in the community to recognize signs of sexual abuse.

“The message I always try to get across is you don’t have to know for sure if a child is being abused. You just have to have the suspicion,” Heather Reid said.

Reid is a medical social worker and interviews children and parents at the clinic. The meetings can be extremely difficult.

“What typically happens is the child goes into the medical interview and they come in here with me and fall apart. They blame themselves and wish they would have seen things differently,” Reid said.

She feels it's critical for everyone in the community to be aware of the warning signs.

“They may start being angry and acting out in ways that don’t make sense. Their school performance may suddenly plummet and they may become very withdrawn,” said Dr. Hall.

Victims can also become anxious and not want to be alone.  Helping these children get through this tough time is this clinic's core mission.

“When we see a kid go through the process here and they feel better afterwards we feel like it’s all worth it.  It’s a big part of their healing when they’re listened to and taken seriously and protected,” Hall said.

Funding for the clinic comes primarily from Providence St. Peter Hospital with additional funds coming from the state.