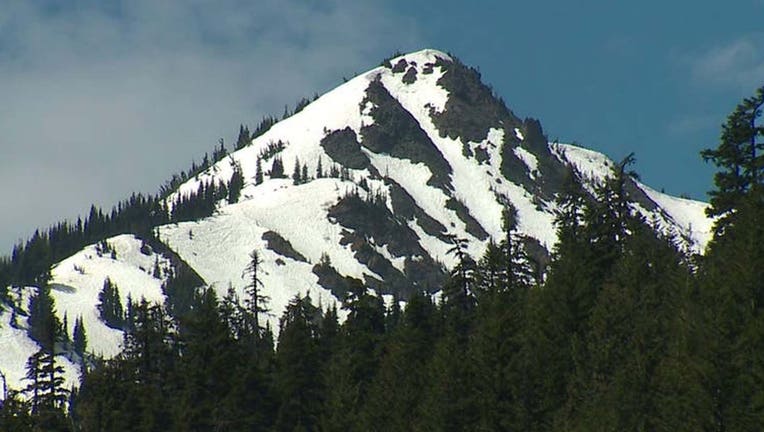 WINTHROP, Wash. - For the first time in 32 years, organizers of the Rendezvous Cross Country Ski Festival in West Yellowstone, Montana, had to cancel November’s traditional start-of-the-ski-season event due to a lack of snow.

Some 300 miles away, Soldier Hollow Nordic Center in Utah offered skiing in November by building an elaborate snow-making system while a small operation in Vermont was able to double its ski days after laying new pipe to feed the water-hungry snow-blowers. That wouldn’t work at Methow Trails in northern Washington, which can’t possibly cover its 200 kilometers (124 miles) of ski tracks with artificial snow; instead, they do snow dances and work on plans to move trails to higher elevation if needed.

RELATED: Governors turn to budgets to guard against climate change

The snow hasn’t stopped falling, but it is certainly not piling up as much or as far as it used to amid climate change, and it is hitting a sport that saw wild growth when COVID-19 hit in the winter of 2020. Many escaped cabin fever by hitting cross country ski trails for the exercise, the fresh air and the serenity.

Nordic skis quickly became the new toilet paper – they were hard to find and sold out in stores.

"What COVID did was push people outside," said Reese Brown, executive director of the Vermont-based Cross Country Ski Areas Association. "It brought a huge number of new people to cross country skiing because it’s the perfect winter sport."

Still, climate change makes the future of all skiing uncertain, from the elite World Cup circuits and sprawling resorts to the mom-and-pop operations that bustle on weekends with recreational skiers. For cross country centers, warmer temperatures mean more precipitation is falling in the form of rain instead of snow, forcing them to look to snow-making equipment to cover their trails.

The scarcity of water and costs make that option impossible for some, especially in the American West. A new study predicts that mountain states will be in a "low-to-no snow" predicament within 35 to 60 years if greenhouse gas emissions continue at current levels.

The problems have already affected top athletes who spend more time on snow than most. A lack of snow made early-season training difficult for many top cross country ski racers and biathletes as they prepared for the Winter Olympics in Beijing next month. A group of U.S. Ski Team members went to Germany in the fall to train in a ski tunnel.

"In cross country skiing, we see the impact of climate change in the towns that we go through," said Olympic gold medalist Jessie Diggins of Afton, Minnesota. "There are years where they only have manmade snow and 2 kilometers of skiing on a tiny little hamster loop."

When the team trained in a small town in northern Finland that traditionally is guaranteed snow in mid-November, the tracks were limited.

"We were skiing on a ribbon of dirty, manmade snow and there was green moss and little purple flowers blooming on the side of the trail," Diggins said. "It looks wrong and feels wrong."

Marine Dusser Bjornsen is a former member of the French biathlon team who now lives in Winthrop, Washington, where she runs a ski shop with her husband, retired U.S. ski team member Erik Bjornsen.

Nordic skiers and biathletes are made in the summer, the saying goes, but climate change has cut into offseason training.

Brian Halligan, biathlon training director at Auburn Ski Club Training Center in Truckee, California, said smoke from the wildfires that hit the Lake Tahoe area in September killed their fall season. He said they have considered training on the East Coast to avoid the smoke.

Methow Trails, on the east side of the Cascade mountains, boasts of being the largest cross country trail system in North America, with those 124 miles of groomed track that run between the towns of Winthrop and Mazama thanks to agreements with more than 200 state, federal and private landowners.

The operation is a significant contributor to the region’s economy to the tune of more than $12 million per season, said James DeSalvo, the trail system’s executive director. "There would be drastic consequences if the snow melted."

Methow’s operators have spent years developing contingencies for a low-snow or no-snow winter, but those plans don’t include snowmaking. The trail system is just too big. DeSalvo also said water is precious and the surrounding county has a moratorium in place on drilling wells.

One option is to move the trails to higher elevations, he said, taking advantage of old logging roads.

While not an option everywhere, snowmaking has breathed new life into some cross country ski areas that saw the snow disappear.

Some smaller Nordic centers in Vermont were able to get set up with snow-making systems for $65,000 to $80,000, Brown said. These involve blowing snow into a pile and using front-end loaders to move the snow around the trails.

Riker Nordic Center in Ripton, Vermont, made a bigger investment and went from 70 days of skiing to 140 thanks to HKD snowmaking equipment. The initial cost topped $850,000 and it’s about $40,000 every season to maintain the system, Brown said.

Utah is hoping to host the Winter Olympics in 2030 or 2034. Soldier Hollow has invested in state-of-the-art snow-making equipment to make that work. It helps that they sit at an elevation of 5,900 feet (1,798 meters) with colder temperatures. Still, the changing climate has made an impact.

"The natural winters are definitely getting shorter," he said. "We’ve probably lost two to three weeks early season skiing on natural snow on both the front end and the back end of the year since this place was established."

RELATED: 6 miles on skis just to get groceries: Resort staff snowed in amid Cascade winter storm

READ MORE: Chehalis River floods one family's 'dream home' a week after they bought it