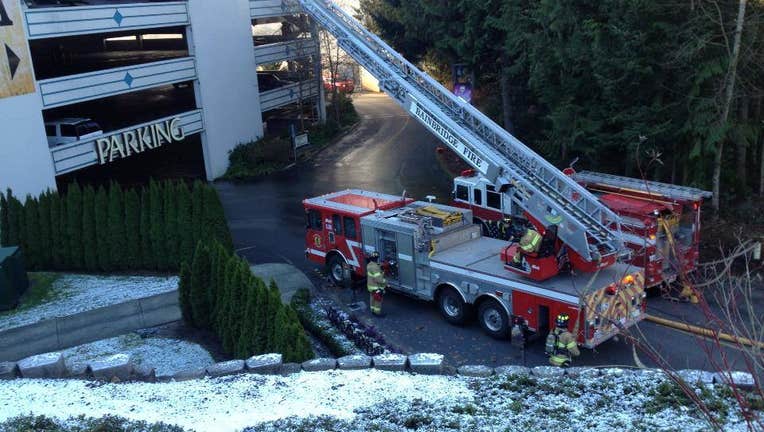 SUQUAMISH, Wash –  Crews from at least three fire departments were fighting a fire at the Clearwater Casino Tuesday just before noon.

Witnesses told Q13 FOX News flames and black smoke could be seen coming from an older parking garage at the Casino.

One eyewitness said she had seen at least 15 fire trucks on scene and that the casino had been evacuated.