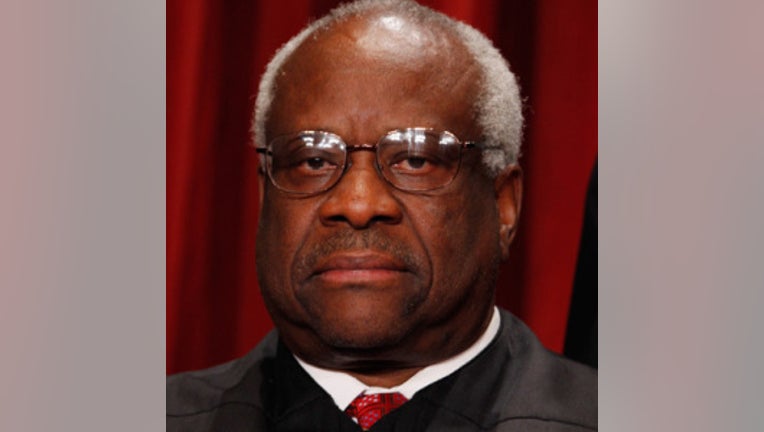 WASHINGTON -- It was just a few words and a joke at that. But Supreme Court Justice Clarence Thomas broke his seven-year long silence on Monday when he spoke at oral arguments in the high court.

He made fun of lawyers from Yale, his law school alma mater.

A study of transcripts by Timothy Johnson of the University of Minnesota found in the past four decades, no justice besides Thomas had failed to speak at least once during an entire 12-month term. The last time Thomas spoke was Feb. 22, 2006, during a capital appeal.

On Monday, the justices were hearing an argument about the state of Louisiana's delay in paying for counsel for a death penalty defendant. Should that count against the state for the purposes of the right to a speedy trial?

A lawyer for the state was making the case for the inmate's appointed counsel, saying the woman was "more than qualified" and "very impressive."

"She was graduate of Yale Law School, wasn't she?" said Justice Antonin Scalia in apparent support, noting another member of the legal team went to Harvard.

The next words were hard to hear in the back-and-forth between the justices. But Thomas made a joke about the competence of Yale lawyers when compared to their Harvard colleagues, according to two witnesses.

The official transcript released by the court does not capture the flavor of the colorful exchange. But the lawyer arguing before the court was apparently not pleased.

The rest of the time, Thomas kept his own counsel, as he is known to do.

"One thing I've demonstrated often in 16 years is you can do this job without asking a single question," he recalled in a speech five years ago.