SEATTLE -- Members of the Schulte family believe the city of Seattle is to blame for a suspected DUI accident in which a pickup truck hit and killed two elderly pedestrians -- Dennis and Judy Schulte -- and badly injured the couple's  daughter-in-law, Karina, and 10-day-old grandson, Elias, in the Wedgwood neighborhood in March. 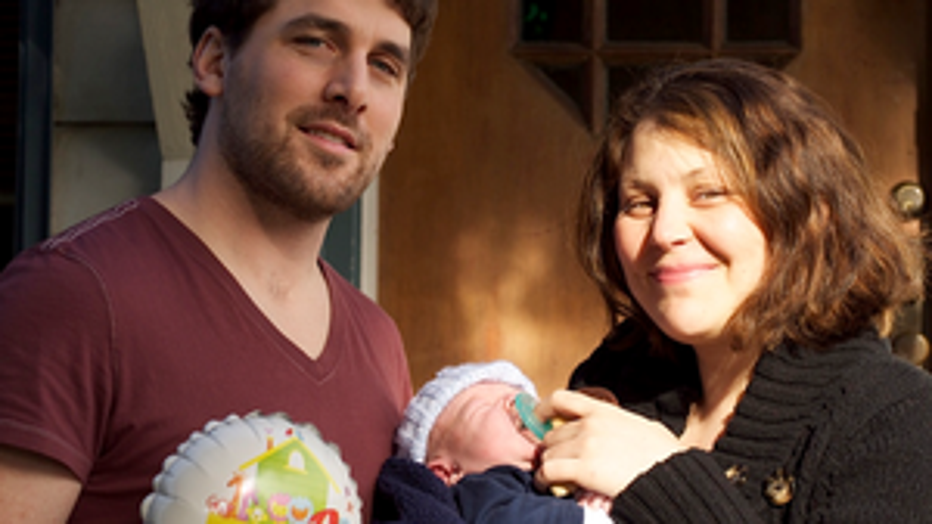 Dan Schulte shown with his wife, Karina, and their newborn son, Elias, in happier times. Both Karina and Elias were critically injured in the March 25 accident. Dan Schulte's mother and father (not shown) were killed in the accident. (Photo: Schulte

The driver who hit them, Mark W. Mullan, was on probation and under supervision of Seattle Municipal Court after a Dec. 25, 2012, DUI arrest. The Schulte family says the city didn't do enough to keep Mullan off the road, in particular making sure he had installed a court-ordered ignition interlock device in his pickup truck.

“Mr. Mullan was on his fifth DUI at this point in time.  He was an extreme danger to society and one of the things they do through the Department of Corrections on a state level is require a home visit within 10 days of release and at least two in-person contacts per month.  Had any of those been done, they would have realized he was not in treatment.  He was still driving the same vehicle he had been in without the interlock,” the family's attorney, John Christensen, said.

This year’s new DUI legislation requires repeat offenders get an ignition interlock device installed within five days of an arrest.  A judge must set a follow-up court date where the driver has to show paperwork proving they complied.

“We can’t afford not to change these laws.  What we hope comes out of this is not only the Schulte family finds some closure but the legislative bodies enforce these laws a little more diligently,” said Christensen.

The city has 60 days to respond to the claim before it’s filed in court.  A spokesperson for the city would not comment on the case.