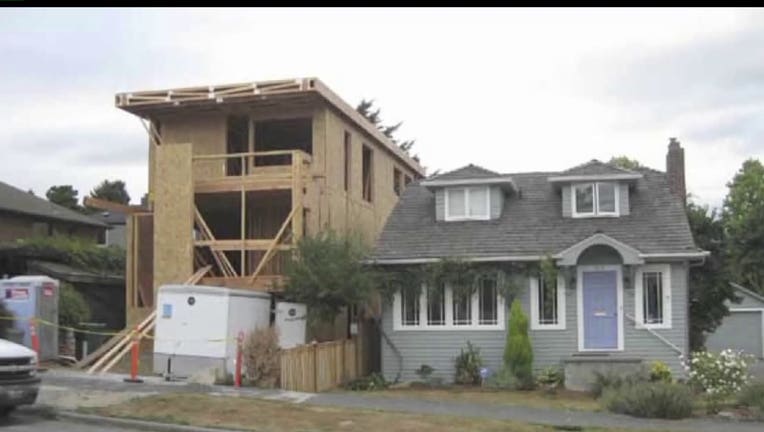 The controversy over "small lot" housing can be seen in this photo of larger housing being built and towering over a single-family home next door. (Photo: KCPQ-TV)

SEATTLE -- Should developers be allowed to build multiple homes on single lots? It’s been a controversial issue for many Seattle neighborhoods.

Developers say they’re just trying to meet the need for new homes in Seattle, but residents say they don’t want high-density projects to change the feel of their neighborhood.

The council passed a new ordinance, trying to appease both sides.

But those rules are complicated. At least one developer thinks that could lead to more debate down the line.

“The goal of this legislation was to make things easier to understand for both neighbors and developers,” says Roger Valdez, director of Smart Growth Seattle. “What it’s done is confounded height even further. So what you’re going to have is fights over where heights get calculated.”

There are also questions about whether neighbors should be notified if the lot boundaries are changed, or new development plans are approved. That’s not addressed in this ordinance, because the City Council says that’s an issue that still needs to be researched more.