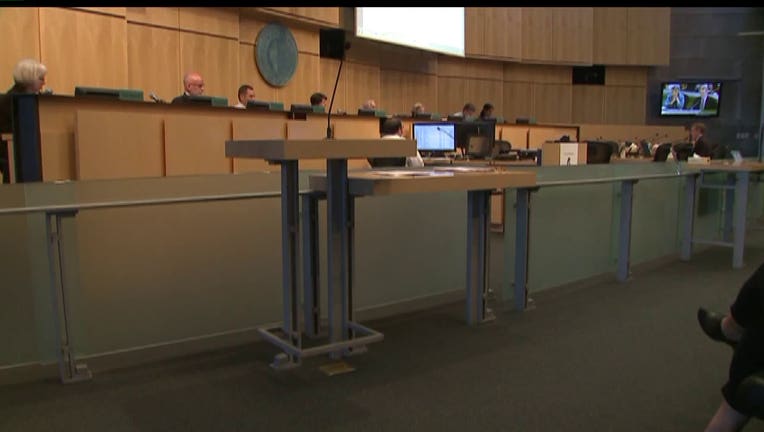 SEATTLE -- At Delicatus, in Seattle's Pioneer Square, Mike Klotz is a slave to the sandwich. Along with business partner, Drek Shankland, they create, arguably, the best sandwiches in the city.

They are so busy during the lunch hour, they couldn't make it to a meeting at City Hall, even though the topic was raising the minimum wage in the city to $15 an hour -- something, they say, that could determine if their business survives.

"Most people that are going to be affected have to work," said Klotz. "We’re definitely impacted by it and it would be nice to have a more equitable voice than some others."

While Klotz cut avocado, there were plenty of other voices in favor of an increased minimum wage at Thursday's City Council meeting. And a lot of them were angry about potential changes they say will water down Mayor Ed Murray's plan, devised over the last several months by a task force made up of business, labor and city leaders.

One week ago, Murray sent the City Council his proposed legislation to raise the minimum wage in the city to $15 an hour within a three- to seven-year period, with every member of the council co-sponsoring the proposal except Socialist Kshama Sawant.

The plan would give big businesses three years to phase in a $15 minimum wage, and small businesses up to seven years.

The City Council is hearing from staff about proposed changes to the plan, which include a longer phase-in time for nonprofit organizations, and a "training wage" that would be less than $15 an hour.

Critics say the changes favor big business and water down the plan.

"We were told the mayor’s proposal was a house of cards, and if you touched it, it would fall apart," said Jess Spears, with the group 15Now. "But look what happened? Training wages got included, and now we’re talking about nonprofits getting a much longer phase-in."

David Rolf, president of the local Service Employees International Union, or SEIU, was part of the mayor’s minimum wage task force. He and seven other labor leaders on the committee sent the council a letter encouraging them to stick to the mayor's plan.

"We considered all those ideas in the mayor’s committee and rejected them for a reason," said Rolf. "I can only assume it’s because some members of the council secretly wish to weaken the deal but aren’t willing to put their name on the proposal."

The City Council will hold another hearing on the minimum wage next Thursday. And members may vote on some of the proposed changes.

Back at Delicatus, Klotz may be too busy to address the proposed changes at the City Council meeting, but he believes they're needed. Without them, he worries his days of slaving away on that perfect sandwich may stop for good.

"The mayor’s proposal was a good compromise and a starting point and I’m hoping, in this public debate and moving forward, they will come through a more equitable solution."