SEATTLE -- With the collapse of the Interstate 5 bridge over the Skagit River, Gov. Jay Inslee is renewing his push for a big, $8.5 billion transportation package, the centerpiece of which is a 10-cent hike in the state’s gas tax. 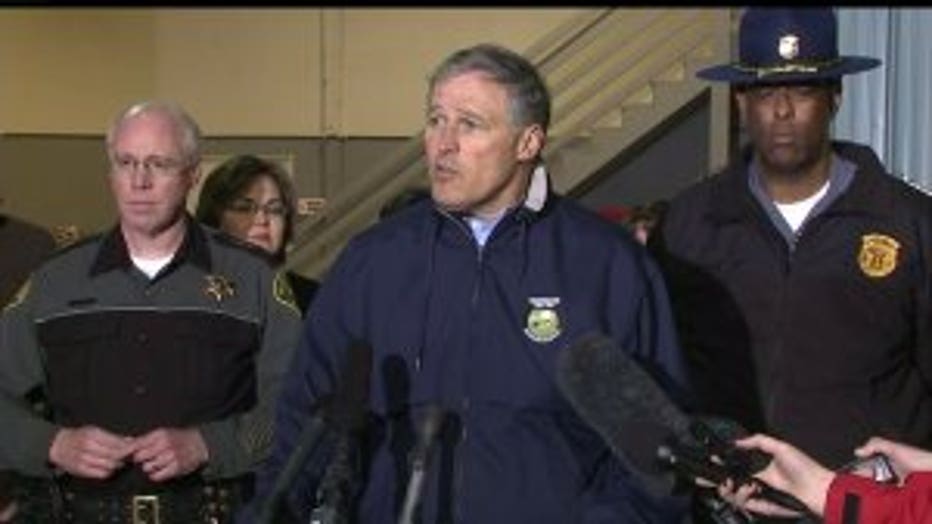 “I do hope that this incident will help us all focus our bipartisan effort to find a solution to our transportation needs,” Inslee said Sunday.

Though we still don’t know for sure whether the age or condition of the bridge had anything to do with its collapse, the governor is certainly taking the occasion to remind residents of the state that many bridges and roads in Washington are in bad shape, and to argue for a gas tax package during this special session of the Legislature.

“We just lack the resources to do the work that’s necessary on our bridges,” he said. “This is a decision the people of Washington need to make, and I hope we make this soon to be able to have the resources to have safe bridges.”

Inslee does have the votes to pass a gas tax hike in the state House. It’s the conservative-led state Senate where he’s encountered resistance.  To gain a majority there, it seems that two things will need to happen.

First, the package is probably going to have to include some reforms to the way the Washington State Department of Transportation does business.  There’s just too much frustration with the State Route 520 Bridge pontoon problems, the ferry overruns, Tacoma Narrows Bridge tolling issues, among other problems.  Republicans talk about not wanting to throw good money after bad.

The second big thing that is holding this package back is something called the Columbia River Crossing. The governor wants a new span between Vancouver, Wash., and Portland, something that Oregon has already approved.  But many Republicans reject the fact that the plan includes an expensive light rail component.  And, they argue, the governor is trumping up the danger of the current bridge.

“That bridge has 60 years of useful life left on it,” said Sen. Ann Rivers, R-Clark County. “Those pilings are in an anoxic environment.  So, they can’t rot because there’s not oxygen to make them rot.  But I do think that’s a great talking point to frighten people into thinking that we need this bridge.  But it doesn’t pass the straight face test.”

There are some who argue that if the governor just removed the Columbia River Crossing from the package, which is more than $400 million, he might well have enough votes.  But so far he hasn’t done that.