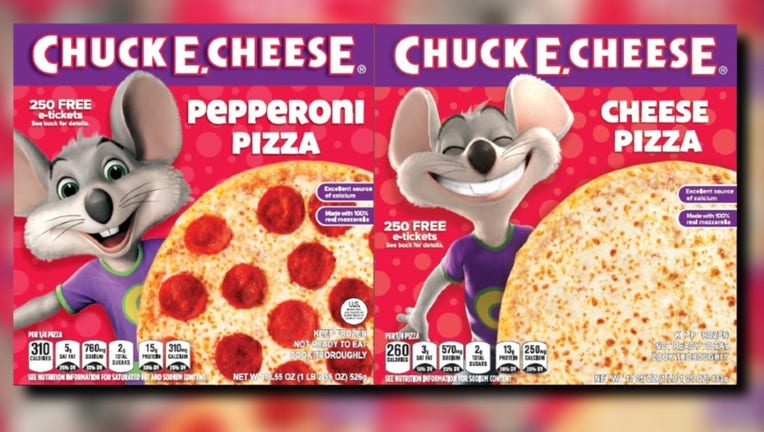 If your kid has been missing Chuck E. Cheese, you may find a staple of the family entertainment venue in your local grocery store.

"We are thrilled to bring Chuck E. Cheese to the grocery aisle with a new product inspired by our famous pizza and created to be enjoyed in family homes across the country," CEC Entertainment spokesperson Melissa McLeanas said in a news release. "This partnership is just the beginning as we continue to grow our Licensing Division and extend our brand in new categories for families to enjoy outside of our four walls."

CEC Entertainment made strides internationally last year, focusing on Latin America and Europe. But the company hasn’t forgotten its roots.

The pizzas are produced in the United States and follow the U.S. Department of Agriculture nutritional guidelines. Each pizza, which costs $6.99, comes with 250 e-tickets that can be used on future visits to any participating Chuck E. Cheese locations.

Last month, the company took its beloved characters outside of their venues for a live concert tour through Clearwater, Fla., Nashville, Tenn., Atlanta, Ga. and Dallas, Texas.

Over the next three years, CEC Entertainment plans to open more than 100 new stores in the U.S. and abroad.