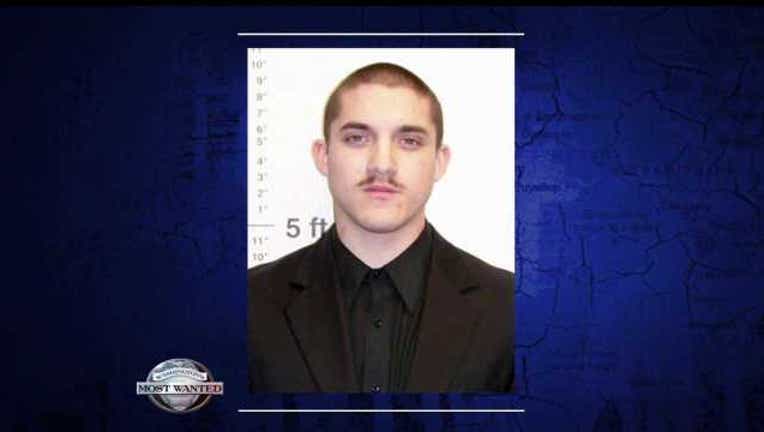 FUGITIVE CAPTURED Jan. 17, 2013 -- Here's a very unusual capture! The Department of Corrections says wanted fugitive, Christopher Vallejo, was arrested Thursday -- after walking into the jail in Kent to visit a friend. Officers say he apparently didn't know the jail does a background check on visitors. The jail staff ran his name, saw the warrant, and arrested him on the spot. FUGITIVE WANTED IN KING COUNTY Jan. 11, 2013 – The Department of Corrections is on the hunt for a guy who threatened his pregnant girlfriend with a gun. Christopher Vallejo is wanted by in King County for failing to report after being convicted in a terrifying assault in 2008. "Vallejo and the pregnant woman got into an argument over the telephone -- Vallejo got extremely angry -- told her he was going to kill her and actually told her he was in front of her house. The girlfriend goes to the window and sees Vallejo walking up the driveway with a rifle in his hand. He then points the rifle right at the window where the girlfriend was standing. The girlfriend, who was in fear for the life of her and the life of her child, immediately calls 911. Vallejo flees the scene but he's apprehended later by police at his home,” Christina Lacy of the DOC said. Cops said Christopher Vallejo carrys firearms and is a serious risk to law enforcement. He has brown hair and blue eyes with a scar on his left wrist. If you know how cops can find Vallejo, call an anonymous tip into: CRIME STOPPERS: 1-800-222-TIPS You must call the Crime Stoppers hotline with your tip to be eligible to receive a cash reward for information leading to a fugitive’s arrest. CLICK HERE for information on how to TEXT A TIP to Crime Stoppers