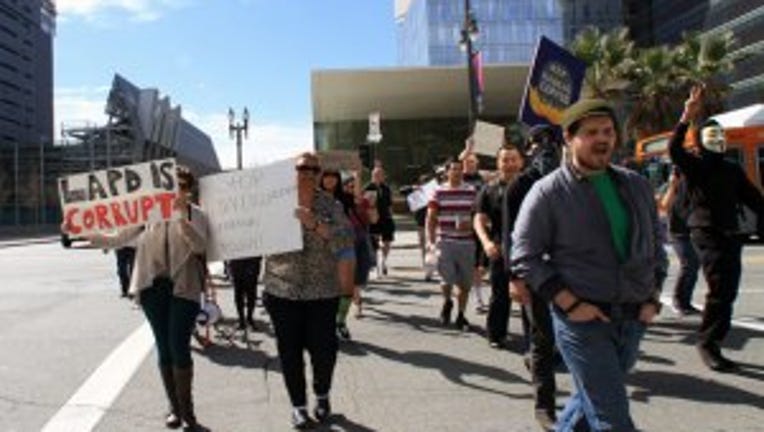 LOS ANGELES -- Several days after Christopher Dorner's death ended his standoff with authorities, some sympathizers have been expressing support for him online and on the street.

Dorner -- accused of the slayings of four people -- has gained some supporters on the Web who have read his alleged manifesto and believe its claims that he was unfairly fired by the Los Angeles Police Department and was a victim of racism.

Dozens of protesters gathered outside LAPD headquarters in downtown L.A. on Saturday afternoon in an event they said was organized through a Facebook page called “I support Christopher Jordan Dorner.” The post announcing the protest advised attendees to “keep it PEACEFUL” and to bring recording equipment.

The Facebook page states: “This is not a page about supporting the killing of innocent people. It’s supporting fighting back against corrupt cops and bringing to light what they do.”