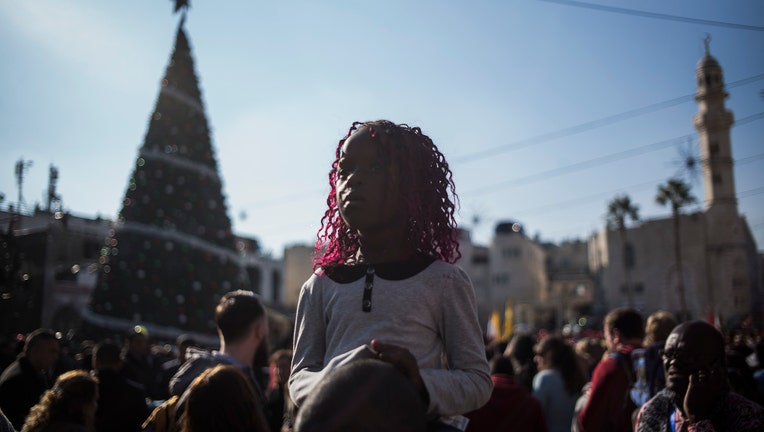 BETHLEHEM, West Bank (AP) — The Palestinian tourism minister says Bethlehem "is the birthplace of the King of Peace, so what we want is peace."


But Bethlehem in recent months has been a focal point for clashes between Israeli troops and Palestinian protesters amid violence gripping the region.

One visitor from Jerusalem said she's relieved to escape the threat of attacks there, and that she feels safe in Bethlehem.

In recent years, Bethlehem had enjoyed a relative calm and thousands of revelers and pilgrims poured into Manger Square each Christmas. But vendors and hotel owners in the city have already complained of sagging business this Christmas season.

Before today's celebrations began, Israeli authorities said three Palestinians involved in attacks against Israelis were killed in violence across the west Bank. A Palestinian hospital official says another Palestinian died in clashes with Israeli troops.