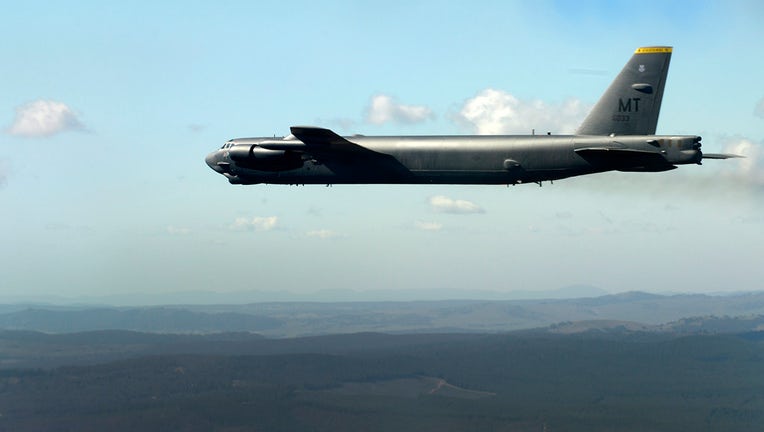 CANBERRA, Australia - The United States is preparing to deploy up to six nuclear-capable B-52 bombers in northern Australia, a news report said Monday, prompting China to accuse the U.S. of undermining regional peace and stability.

The United States is preparing to build dedicated facilities for the long-range bombers at Royal Australian Air Force Base Tindal in the Northern Territory, national broadcaster Australian Broadcasting Corp. reported.

Tindal is south of the coastal city of Darwin, where thousands of U.S. Marines Corps troops have spent about half of each year since 2012 under a deal struck between then-U.S. President Barack Obama and then-Prime Minister Julia Gillard.

Prime Minister Anthony Albanese did not directly respond when asked at a news conference on Monday if the United States is preparing to deploy bombers in Australia.

"We engage with our friends in the United States alliance from time to time," Albanese said.

"There are visits to Australia, including in Darwin, that has U.S. Marines on a rotating basis stationed there," he said.

The U.S. Air Force told ABC the ability to deploy U.S. bombers to Australia "sends a strong message to adversaries about our ability to project lethal air power."

Asked about U.S. nuclear bombers being positioned in Australia, Chinese Foreign Ministry spokesperson Zhao Lijian said defense and security cooperation between countries should "not target any third parties or harm the interests of third parties."

"The relevant U.S. behaviors have increased regional tensions, seriously undermined regional peace and stability, and may trigger an arms race in the region," Zhao told reporters at a regular briefing in Beijing.

"China urges the parties concerned to abandon the outdated Cold War and zero-sum mentality and narrowminded geopolitical thinking, and to do something conducive to regional peace and stability and enhancing mutual trust between the countries," Zhao added.

PHOTOS: Refueling a B-52 bomber over the Big Easy

Australian opposition leader Peter Dutton, who was defense minister when his conservative government was voted out office in May, welcomed the prospect of B-52 bombers having a regular presence in Australia.

"It would be fantastic to have them cycling through more regularly," Dutton said, referring to the bombers. "It bolsters our security position in an uncertain time." 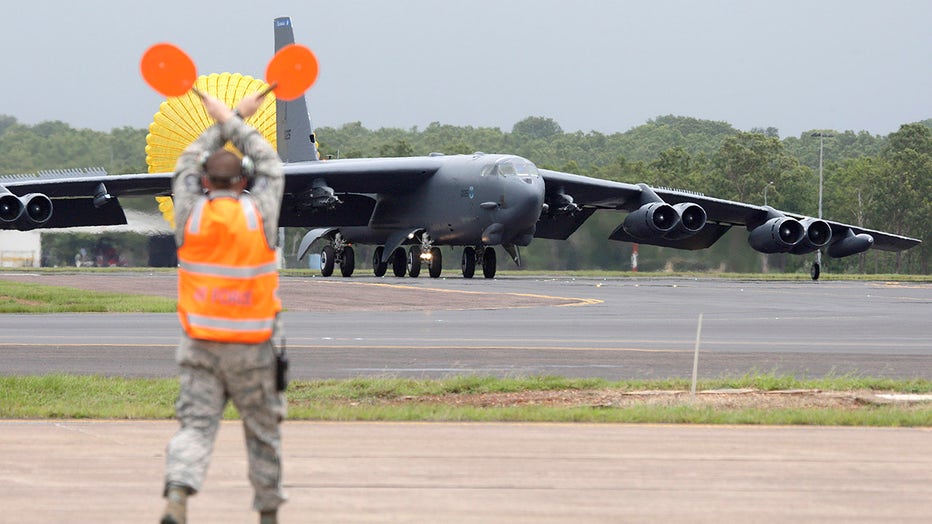 While in office, Dutton said he had discussed with U.S. authorities rotating all aspects of the U.S. Air Force through sparsely populated northern Australia.

"To defend that (northern Australia) and to deter anybody from taking action against us is absolutely essential," Dutton said.

"We have a vulnerability and it’s important for us to have a very strong relationship with the United States ... and all of our allies," Dutton added.

There were detailed designs for the construction of a U.S Force "squadron operations facility" at Tindal as well as a maintenance center, jet fuel storage tanks and an ammunition bunker, the ABC reported.

"The RAAF’s ability to host USAF bombers, as well as train alongside them, demonstrates how integrated our two air forces are," the U.S. Defense Department told the ABC.

The ABC did not provide a timeframe for the Tindal upgrade.