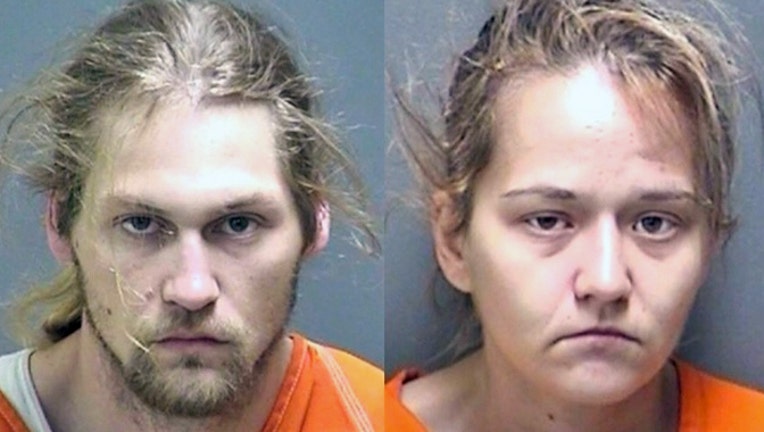 On Saturday, October 25, 2014, investigators obtained a search warrant for a local hotel room occupied by Linton Brandon Keyton and Leeanna Keyton. The warrant was served by the Titus County Sheriff's Office and Mount Pleasant Police Department. Only Leeanna Keyton was found in the room.

Authorities discovered methamphetamines and drug paraphernalia at the location. Leanna Keyton was charged with possession of a controlled substance.

Detectives later learned Child Protective Services had removed the couple's children from their custody on October 17. The children -- both under the age of 5 -- tested positive for meth. Officials then issued an arrest warrant for both suspects for endangering a child.

On Thursday, November 6, 2014, Leeanna Keyton was tracked down in the parking lot of Pilgrims Pride. Law enforcement identified themselves and told her she was under arrest. The woman resisted and deputies were able to quickly take her into custody her.

A week later, Linton Brandon Keyton was located by Titus County deputies, but he refused to identify himself. Due to deputies knowing Linton Keyton by sight, they confirmed the outstanding warrant for his arrest and placed him into custody.

During a search of the suspect, authorities found methamphetamine, dangerous drugs, and an illegal knife he had concealed. Deputies booked him into the Titus County Jail for endangering a child, possession of a controlled substance, unlawful carrying of a weapon, failure to identify, and possession of a dangerous drug.