WEST BRIGHTON, Staten Island — A 13-year-old New York boy killed himself Thursday after being overwhelmed by unbearable bullying by his classmates — an ordeal the child detailed in a heartbreaking letter he intended to send to school officials.

Danny Fitzpatrick attended Holy Angels Catholic School in Bay Ridge, Brooklyn, where his classmates harassed him. When he sought out his teachers for relief from his tormentors, they didn't do much to protect him from the abuse, he wrote.

Fitzpatrick's dad, Daniel Fitzpatrick, said in a Facebook Live video posted Saturday that the family went to the school's principal and was told, "He'll be fine."

"You have to try harder Danny. Oh, I know, I know, these things will pass. Children can be such horrible creatures," Fitzpatrick said the principal told him during that meeting. 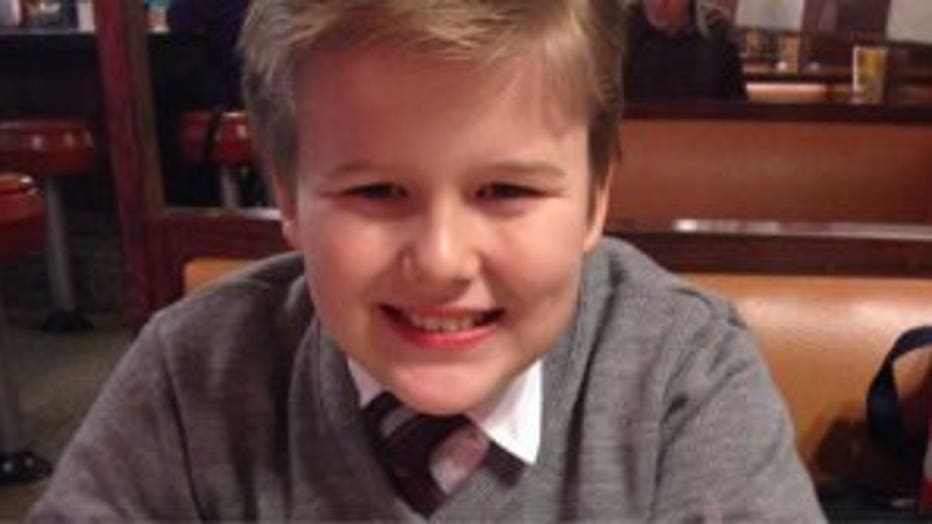 But things didn't pass for the tortured boy, who took to pen and paper as a recourse from his agony after nothing else had worked.

Fitzpatrick wrote the letter in July detailing his bullying ordeal. He intended to send it to the school to hold the teachers and principal accountable for allowing the continuous attacks to happen.

"I am writing this letter to tell about my experience in Holy Angels Catholic Academy," it began.

"At first it was good...lots of friends, good grades and great life. But I moved and went back but it was different. My old friends changed they didn't talk to me they didn't even like me."

Fitzpatrick said when he started sixth grade, a boy who was once his friend began bullying him. Then four other students joined in and "they did it constantly until I went into a fight."

"But they continued. I gave up. The teachers either they didn't do anything! Not get them in trouble even though they did trouble, I got in trouble instead," Fitzpatrick wrote in the letter.

He said eventually one teacher did step up to help, but "it didn't last long."

"I wanted to get out. I begged and pleaded, eventually I did get, I failed, but I didn't care, I was out, that's all wanted," he wrote at the end.

Danny hanged himself at the family's home in Staten Island Thursday. His body was found by one of his three sisters.

"I don't know why I missed this, why didn't I save my son," Maureen Fitzpatrick said. "He was supposed to be sitting here on the couch, telling the story alive, not dead."

"They followed him after school and taunted him, and called him baby," she said.  "They said, 'come let's fight,' and my son wasn't a fighter."

"My son just wanted some friends. He needed a friend. Even one friend, I think he would have been OK."

The letter has not been sent to officials as of Friday, but was posted by family and friends on social media.

"My son took his life to get his message out there," Daniel Fitzpatrick, Danny's dad said.

"He wanted accountability," Maureen said. "He wanted people to hear his story."

Fitzpatrick was due to start eighth grade at the Sacred Heart School this fall. The family told the Daily News that Holy Angels Catholic School had recommended their son transfer to another school so he can repeat seventh grade.

"I miss my son very much," Danny's dad said in his Facebook Live as he held back tears. "No parent should have to bury their child. No child should have to go through what my son went through."

Funeral services has been scheduled for Monday and Tuesday at Harmon Funeral Home, and on Wednesday at Sacred Heart Roman Catholic Church. A GoFundMe page has been set up to help pay for funeral expenses.

Carolyn Erstad, a spokesperson for the Brooklyn diocese, said that under state guidelines, a school guidance counselor was allowed to meet with Danny three times before requiring consent from his parents for more meetings.

A counselor did meet with Danny three times and at that point, Erstad said, reached out to his parents, who declined to give consent for further meetings.

"I spoke at length with the school principal, with one of Danny's teachers," Erstad said. They loved Danny. They cared about this young boy, and they sincerely believe they did everything in their power to help him."

The Fitzpatricks said they sought professional help for their son instead.

"My son was distraught," Maureen said. "I was pleading for help and they didn't take it seriously. It fell on deaf ears."