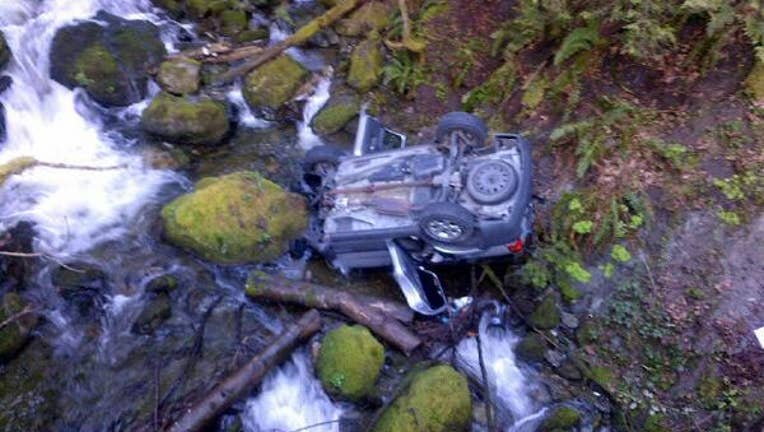 The car crashed into a culvert near State Route 11, killing a 6-year-old inside. Phtoto from the Washington State Patrol.

BELLINGHAM - A 6-year-old boy was killed in a rollover car accident Monday afternoon near Bellingham when an SUV a woman was driving launched over barriers and flipped down a culvert.

Washington State Patrol troopers said the driver, a 35-year-old woman from Lynden, was driving north on the road when she lost control going around a curve. Her SUV went up and over the road barriers and then rolled 40 feet down an embankment to land on its roof in Oyster Creek.

A passenger, a 6-year-old boy, was found deceased on the scene. The woman was flown by helicopter to Harborview Medical Center with serious injuries.

Troopers believe the driver was traveling too fast for the road conditions, WSP troopers said, and vehicular homicide charges are pending.