NEW YORK -- An adorable stowaway Chihuahua was rescued from a checked suitcase at LaGuardia Airport on Tuesday. 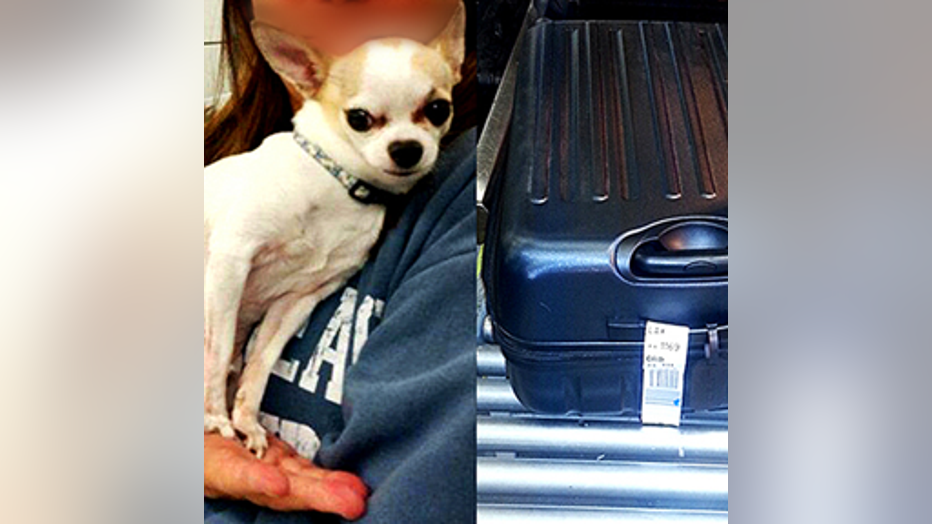 This Chihuahua was reunited with its owner after being found in a checked suitcase at LaGuardia. (TSA)

According to TSA officials, the owner was unaware her dog went to the airport with her after it nestled in with the other belongings in her luggage.

The woman apparently didn't hear any noise from the puppy and checked the bag before heading for security.

However, when a black, hard-sided suitcase set off an alarm and triggered an inspection, a TSA officer found a young brown and beige Chihuahua staring back at him.

"The woman said that the dog must have climbed into the suitcase and curled up in the clothing while she was packing for her trip," said Lisa Farbstein of the TSA.  The officer worked with the airline to track down the owner of the suitcase.

"(She) was shocked when we told her we had her dog," Farbstein said.

The owner called her husband who came to pick up the puppy at the airport.