CHICAGO -- Chicago school officials announced Thursday that they plan to close 61 school buildings, nearly 13 percent of the total number of schools in the district in what shapes up to be one of the largest mass school shutdowns in U.S. history.

In addition, another six low-performing schools will get complete staff turnovers, but the facilities will remain open.

Among the schools being shuttered is Anthony Overton Elementary in Bronzeville.

Irene Robinson, 48, said all five of her children attended Overton. Now six of her grandchildren go there. As she stood outside, waiting to walk her grandchildren home, she became irate at the news of the school's closing.

"It's like a death in the family. It's that sad," she said. "Overton is a family school. These teachers are like aunties and uncles to my grandkids. We all take care of each other. We'll never get that again."

The longer she pondered the closure, the more angry Robinson became.

"What's gonna happen to these kids?" She asked, as she walked holding the hands of her youngest grandchildren and the others clustered around her. "Kids are being killed right now. They innocent. Why put them in harm’s way? It's sad. It's scary. It's outrageous." 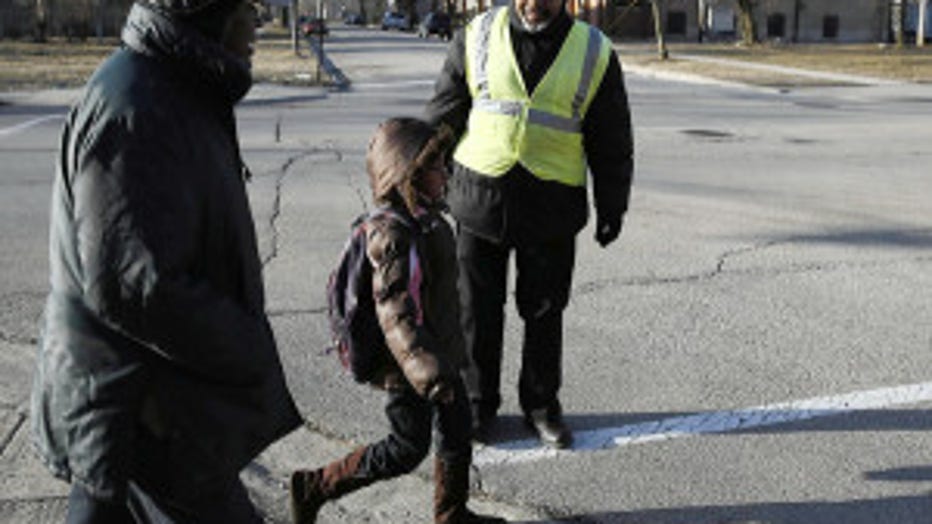 Prodded by Mayor Rahm Emanuel, school officials argue that a dramatic shakeout of district resources is necessitated by declining enrollment, shifting demographics and a huge, punishing budget deficit on the horizon. “We have resources that are spread much too thin,” said Todd Babbitz, the district’s chief transformation officer.

But for many parents and children, the announcement means only that they will be displaced from familiar neighborhood schools and much longer—and scarier--walks to class over busy streets that crisscross through competing gang territories. District officials said the changes would affect 30,000 students.

In the works for months, the final closings list was released as Emanuel was on a family vacation at a Utah ski area.

At City Hall, where things are often measured through the prism of clout, the closure announcements were no different. Outrage was the sentiment from many alderman whose wards are targeted for closures, while for those successful at protecting schools it was an occasion for chest thumping.

A group of 8 aldermen, calling themselves the Chicago City Council Progressive Reform Coalition, said the closures “disproportionately” hit African American and Latino students and “would leave entire neighborhoods as virtual ‘school deserts,” disrupting the lives of children and families and depressing property values.”

On the other side of the ledger was Ald. Danny Solis (25th) who dispatched an email crowing that “All 25th Ward schools avoid closure!”

School officials say they are facing a $1 billion deficit next year, and the cutbacks at low-performing and under-utilized schools announced Thursday will help save $560 million over the next decade. At the same time, however, they estimate the cost of upgrading receiving schools and enhanced security at $233 million, meaning the shutdowns actually figure to be an added expense in the short term.

The math of the closure announcements was confusing. In short, the district said it would be closing 52 elementary schools after this school year another over a two-year time frame and one high school program.

Another 11 facilities were targeted for what in educator-speak is called “co-locations,” essentially existing schools put under one roof. Some, but not all of those, will also involve building shutdowns.

Officials said the total number of school buildings to close was 61.