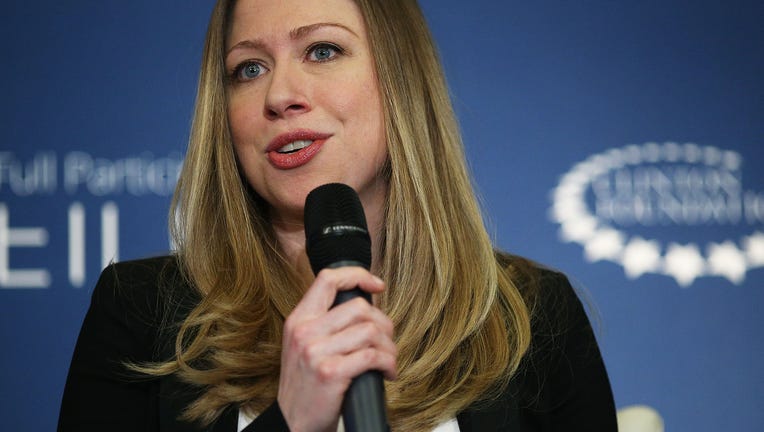 (CNN) -- Chelsea Clinton announced Thursday that she is expecting her first child.

The only daughter of former President Bill Clinton and former secretary of state Hillary Clinton made the announcement while sharing the stage with her mother at a women's event in New York.

"Marc and I are very excited that we have our first child arriving later this year," Chelsea said at the end of the event.

Clinton added: "I just hope I will be as good a mom to my child and hopefully children as my mom was to me."

In an October interview with Glamour, Clinton said the couple wants "to start a family."

"So we decided we were going to make 2014 the Year of the Baby," Clinton said.

Equally important to the plan, she told the reporter: "Call my mother and tell her that. She asks us about it every single day."

Clinton talked about her mother's impatience for grandchildren in a 2012 Vogue interview, saying they were thinking about starting a family in "a couple of years."

Bill Clinton congratulated his daughter on the announcement, and he and his wife celebrated their new titles.

Jenna Bush Hager, the daughter of former President George W. Bush and Laura Bush, who gave birth to a baby girl last April, welcomed Clinton to the world of motherhood on twitter.

"Congratulations @ChelseaClinton! Welcome to the best club in the world. Mamahood is wonderful. Xx," she wrote.