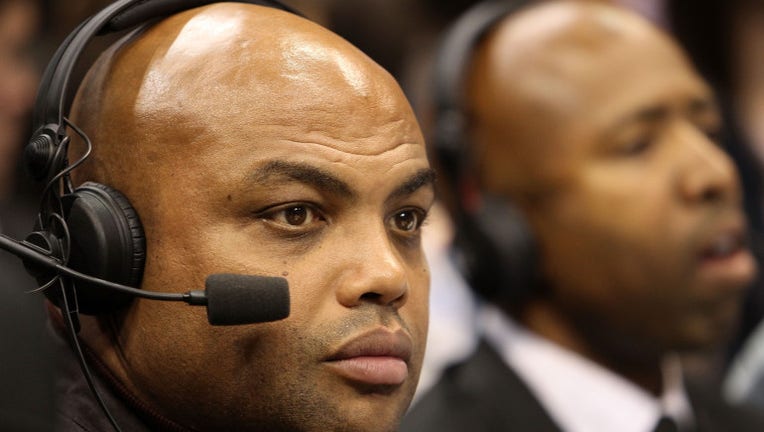 LOS ANGELES -- Charles Barkley -- who once said he doesn't create controversies, he just brings them to our attention -- is at it again.

The basketball analyst for Turner Sports and former NBA great isn't backing away from comments he made on the radio recently that people who torched buildings in Ferguson are "scumbags" and some blacks degrade successful African-Americans too often as not black enough.

In an interview with CNN's Brooke Baldwin on Tuesday, Barkley repeatedly came back to one point: He doesn't believe that white cops are out to shoot black people because of racism.

Barkley called for dialogue, and not just after a controversial incident like the Michael Brown shooting.

"We never discuss race in this country until something bad happens," he said. And even then it usually reflects a "tribe mentality."

"Everybody wants to protect their own tribe, whether they are right or wrong," he said.

Barkley, who has had several of his own run-ins with police, lamented that there are too many communities that call for cops to come in and clean up the neighborhood, then cry racial profiling when they do and something happens.

"We as black people, we have a lot of crooks. We can't just wait until something like (the Brown shooting) happens. We have to look at ourselves in the mirror," he said of people in black communities. "There is a reason that they racially profile us in the way they do. Sometimes it is wrong, and sometimes it is right.

Barkley also criticized the rioters who set buildings and police cars on fire in Ferguson. They were set on destruction, no matter the grand jury's decision, he believes.

Instead, everyone should be like the majority of the people who took to the streets in Ferguson and other cities, or like the NFL players who held up their hands as a symbolic gesture before a game.

"Anybody who walks out peacefully, who protests peacefully, that's what this country was built on," he said. "But to be burning people's property, burning police cars, looting people's stores, that is 100% ridiculous."

Brown's stepfather shouldn't be charged with inciting a riot, he said. (The stepfather, Louis Head, was captured on video yelling "burn this bitch down" after the grand jury's decision was announced.)

It was an awful thing to say, but worrying about issues like that clouds the situation, Barkley said.

"One of the problems with this entire situation is there's so much noise going on, you never get to the crux of the issue that you need to be discussing," Barkley said.

In the lengthy interview, Barkley and Baldwin also talked about the Eric Garner case, Ray Rice and the NFL, Chris Rock's comment about income disparity and what the future will be like for the Hall of Famer's former team, the 0-17 Philadelphia 76ers.