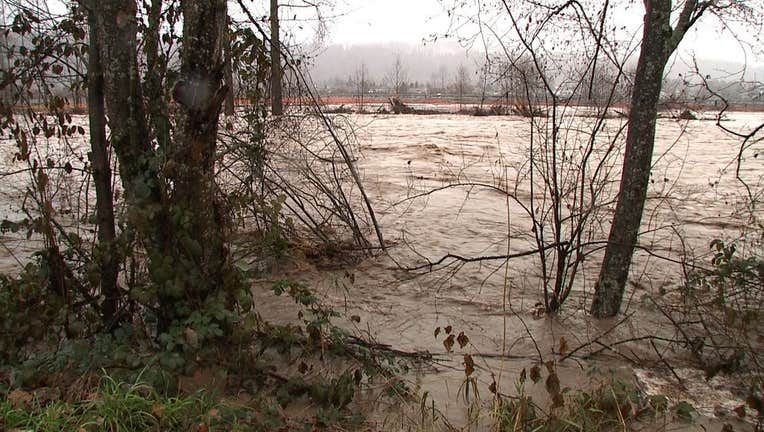 SEATTLE - Three dozen criminal charges have been filed against Electron Hydro and its chief operating officer Thom Fischer in connection with a 2020 spill of crumb rubber into the Puyallup River.

The charges include violations of the state’s Water Pollution Control Act, the Shoreline Management Act and Pierce County Code.

The dam’s owners have stated they will oppose any effort to remove the dam, which previously provided electricity to about 20,000 customers. Fischer could not immediately be reached for comment.

The charges stem from a construction project by Electron Hydro to update its over 100-year-old hydroelectric dam on the Puyallup River. The company without authorization used old artificial FieldTurf discarded at a nearby rock quarry as an underlining for a plastic liner being placed beneath a temporary bypass channel for the river.

The plastic turf containing 16 to 18 cubic yards of crumb rubber were used, and the river quickly ripped up the liner and turf, sending turf hunks and crumb rubber into the river.

Testing by the University of Washington-Tacoma Center for Urban Waters revealed samples of recovered turf and crumb rubber contained chemicals found in tires, including one that is "extremely toxic" to coho salmon, according to the court filing.

The dam is approximately 23 miles (37 kilometers) southeast of Tacoma in Pierce County. The Puyallup River it dams is home to Chinook, coho, chum, pink and sockeye salmon, as well as steelhead and bull trout.

Electron Hydro purchased the dam from Puget Sound Energy in 2014. Fischer has been the chief operating officer for Electron Hydro LLC since then.

Public officials including Puyallup tribal government leaders have called for the dam’s removal. The tribal council in a statement Monday called for consequences for polluting the river.

The Puyallup Tribe of Indians has treaty rights to fish in the river, but was not consulted when the dam was built.

Puget Sound Energy canceled its power purchase contract with the dam’s owners because of violations of environmental laws and permits. PSE has not taken power from the dam since July 2020.