TULSA, Ok-- A botched execution in Oklahoma has become the latest in a string of incidents raising questions about the drugs being used and the constitutional protection against cruel and unusual punishment.

Clayton Lockett lived for 43 minutes Tuesday after being administered the first drug in a cocktail that was meant to kill him, CNN affiliate KFOR reported. He convulsed and writhed on the gurney. Managing to raise his head, he got out the words "Man," "I'm not," and "something's wrong," reporter Courtney Francisco ofKFOR said. Then the blinds were closed, and witnesses could not see what took place after that.

Other reporters, including Cary Aspinwall of the Tulsa World newspaper, also said Lockett was still alive and lifted his head while prison officials lowered the blinds so onlookers couldn't see what was going on.

Dean Sanderford, Lockett's attorney, said his client's body "started to twitch," and then "the convulsing got worse. It looked like his whole upper body was trying to lift off the gurney. For a minute, there was chaos." 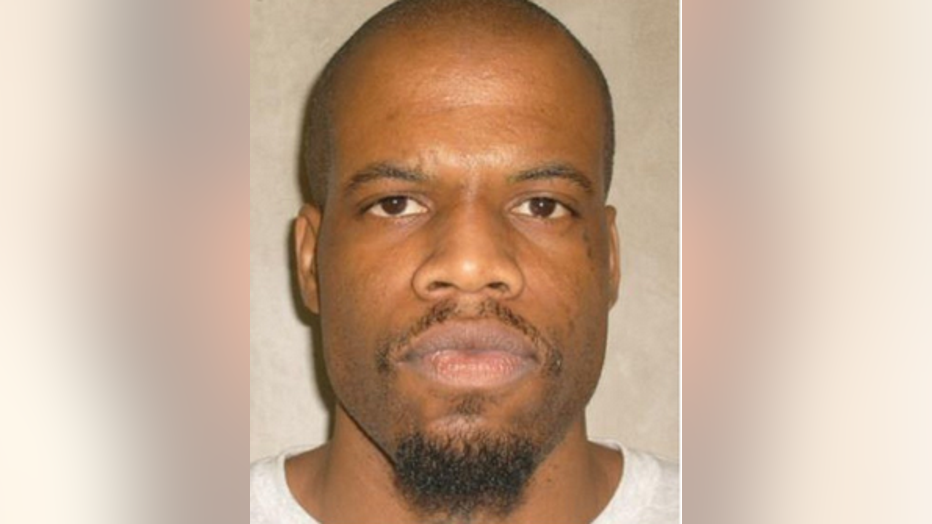 Sanderford said guards ordered him out of the witness area, and he was never told what had happened to Lockett, who was convicted in 2000 of first-degree murder, rape, kidnapping and robbery.

After administering the first of three drugs, "We began pushing the second and third drugs in the protocol," said Oklahoma Department of Corrections Director Robert Patton. "There was some concern at that time that the drugs were not having the effect. So the doctor observed the line and determined that the line had blown." He added that Lockett's vein had "exploded."

After the ordeal, Patton told reporters that Lockett was sedated and then given the second and third drugs in the protocol. He died of a heart attack, Patton added.

The state halted the execution of another inmate, Charles Warner, which was scheduled for later in the day. "I notified the attorney general's office, the governor's office of my intent to stop the execution and requested a stay for 14 days," said Patton.

Earlier this year, a convicted murderer and rapist in Ohio, Dennis McGuire, appeared to gasp and convulse for at least 10 minutes before dying from the drug cocktail used in his execution.

Thirty-two U.S. states have the death penalty, as does the U.S. government and the U.S. military. Since 2009, three states -- New Mexico, Connecticut, and Maryland -- have voted to abolish it.

States that have capital punishment have been forced to find new drugs to use since European-based manufacturers banned U.S. prisons from using their drugs in executions. One of those manufacturers is the Danish company Lundbeck, which manufactures pentobarbital.

Ohio used the sedative midazolam and the painkiller hydromorphone in McGuire's January execution, the state said.

Louisiana announced later that month that it would use the same two-drug cocktail.

Oklahoma had announced the drugs it planned to use: midazolam; vecuronium bromide to stop respiration, and potassium chloride to stop the heart. "Two intravenous lines are inserted, one in each arm. The drugs are injected by hand-held syringes simultaneously into the two intravenous lines. The sequence is in the order that the drugs are listed above. Three executioners are utilized, with each one injecting one of the drugs."

The execution was the first time Oklahoma used midazolam as the first element in its three-drug cocktail. The drug is generally used for children "before medical procedures or before anesthesia for surgery to cause drowsiness, relieve anxiety, and prevent any memory of the event," the U.S. National Library of Medicine says. "It works by slowing activity in the brain to allow relaxation and sleep." The drug "may cause serious or life-threatening breathing problems," so a child should only receive it "in a hospital or doctor's office that has the equipment that is needed to monitor his or her heart and lungs and to provide life-saving medical treatment quickly if his or her breathing slows or stops."

The question for courts is whether using such drugs in executions constitutes "cruel and unusual" punishment, in violation of the Eighth Amendment to the U.S. Constitution.

After his execution, McGuire's family filed a lawsuit seeking an injunction of the execution protocol the state used.

"The lawsuit alleges that when Mr. McGuire's Ohio execution was carried out on January 16th, he did endure frequent episodes of air hunger and suffocation, as predicted," the office of the family's attorney Richard Schulte said in a statement. "Following administration of the execution protocol, the decedent experienced 'repeated cycles of snorting, gurgling and arching his back, appearing to writhe in pain,' and 'looked and sounded as though he was suffocating.' This continued for 19 minutes."

In Oklahoma, attorneys for both Lockett and Warner have been engaged in a court fight over the drugs used in the state's executions.

They'd initially challenged the state Department of Corrections' unwillingness to divulge which drugs would be used. The department finally disclosed the substances.

Lockett and Warner also took issue with the state's so-called secrecy provision forbidding it from disclosing the identities of anyone involved in the execution process or suppliers of any drugs or medical equipment. The Oklahoma Supreme Court rejected that complaint, saying such secrecy does not prevent the prisoners from challenging their executions as unconstitutional.

After Lockett's execution, Adam Leathers, co-chair of the Oklahoma Coalition to Abolish the Death Penalty, accused the state of having "tortured a human being in an unconstitutional experimental act of evil."

The Oklahoma Attorney General's office is "gathering information on what happened in order to evaluate," said spokeswoman Dianne Clay.

Fallin ordered an investigation and issued an executive order granting a 2-week delay in executions.

"I have asked the Department of Corrections to conduct a full review of Oklahoma's execution procedures to determine what happened and why during this evening's execution of Clayton Derrell Lockett," Fallin said in a statement.

Lockett was convicted in 2000 of a bevy of crimes, including first-degree murder, first-degree rape, kidnapping and robbery in a 1999 home invasion and crime spree that left Stephanie Nieman dead and two people injured.

Warner, who now awaits execution, was convicted in 2003 for the first-degree rape and murder six years earlier of his then-girlfriend's 11-month-old daughter, Adrianna Waller.

His attorney, Madeline Cohen, said further legal action can be expected given that "something went horribly awry" in Lockett's execution Tuesday.

"Oklahoma cannot carry out further executions until there's transparency in this process," Cohen said. "... Oklahoma needs to take a step back."