Starbucks worker with Down Syndrome honored, retires after 29 years

SEATTLE -- Kenny Kraning entered Starbucks almost 29 years ago looking to contribute. He walked out of the coffee giant's Seattle headquarters for the last time after forever changing people's perspectives and the company's culture.

Starbucks Chief Partner Officer, Lucy Lee Helm said, “One of the most important partners who has been a part of Starbucks history is Kenny.” 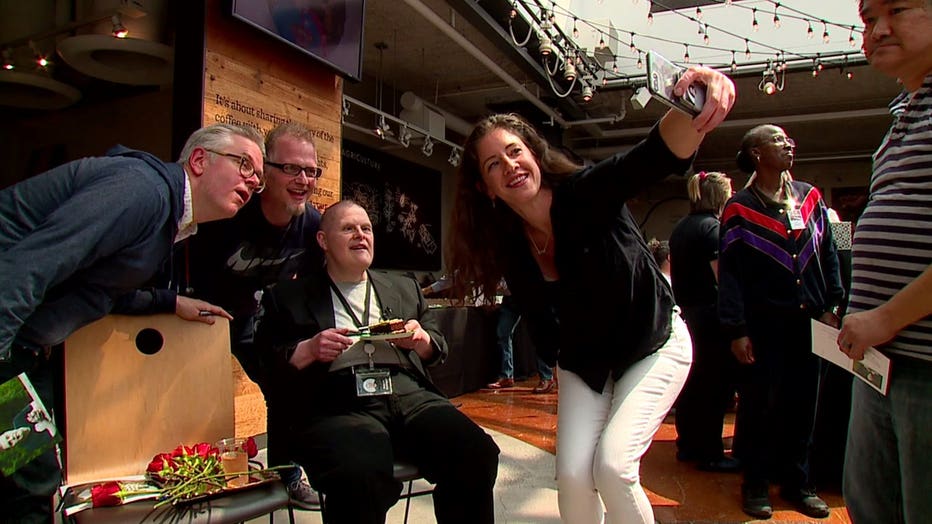 The 55-year-old, known by so many as"KK," started at the company's Kent roasting plant in 1990. He then moved to the company's headquarters in Seattle, stocking kitchens where people gather. It turned out to be the perfect place for Kraning to connect with others.

“Kenny has a job here that makes him really visible to everybody," said Jon Hyde, who's worked with Kraning for more than 23 years. "But he also loves to interact with everybody.” 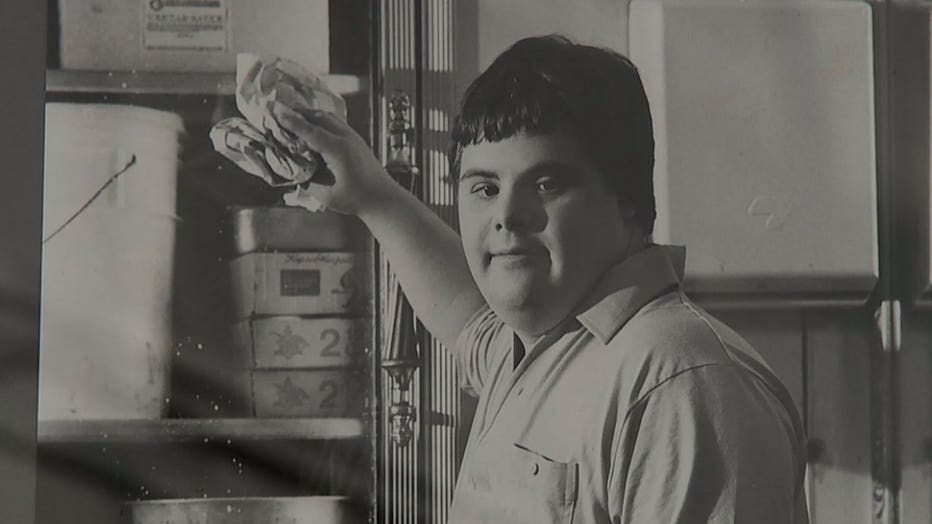 Starbucks founder Howard Schultz took an interest in Kraning early on. The two could often be seen having lunch together. Schultz even wrote about Kenny in his newly released book titled, "From the Ground Up."

Schultz called Kraning, "A perpetually uplifting spirit."  Schultz went on to write, "When I was in a bad mood, I'd walk the halls looking for him." 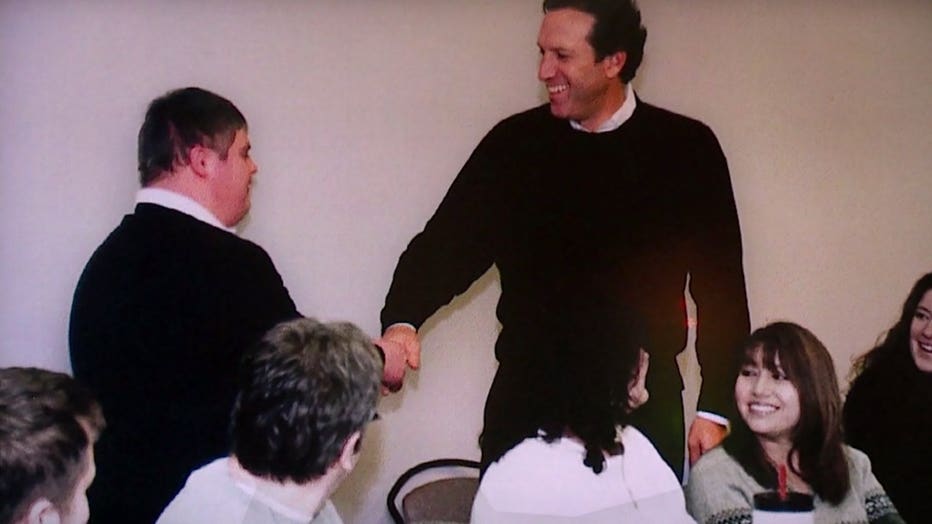 Ken Kraning (left) with Starbucks Founder Howard Schultz. The two could often be seen having lunch together at Starbucks Headquarters in Seattle.

His influence on Starbucks could be seen at his retirement party in late May, as people lined up to take a photo, grab a hug, and share their appreciation for Kraning. He autographed photos and handed out roses to the women -- that was Kenny's idea.

“Ken is my most favorite person at Starbucks," said longtime coworker Sandra Reed. "You can say that Howard is king of coffee, but Ken is the king of coffee.”

A look around the party, you could see Starbucks workers with intellectual and physical disabilities. Yes, Kraning has been the trailblazer for so many here. 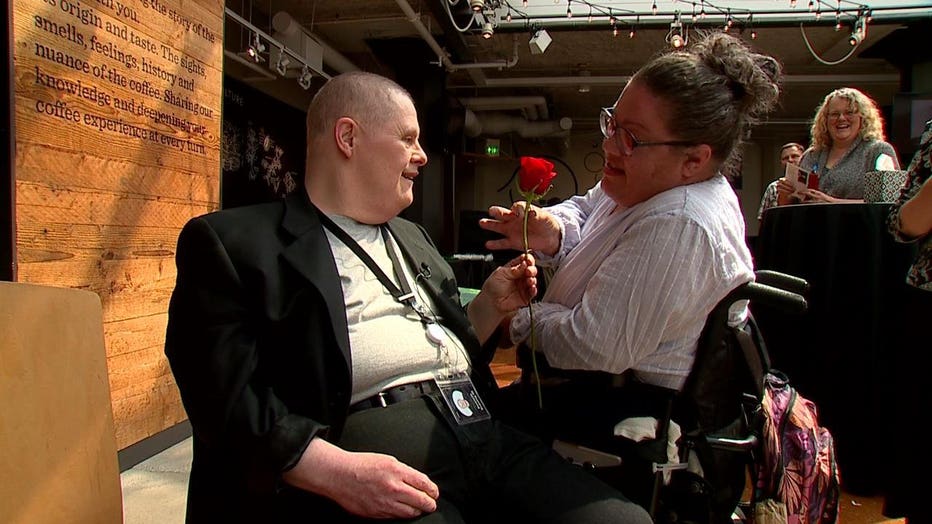 That was on display when Schultz, who couldn't attend the retirement party, called in on FaceTime.

Schultz told Kraning, “Thank you so much for everything you’ve done and all the people’s hearts that you’ve touched.”

Kraning responded, "I love you too.”

We all want to leave work for the last time believing we made a difference. Kenny Kraning changed attitudes and the culture of a global company -- teaching so many the value of acceptance.