KITSAP COUNTY, Wash.-- He's only 9 years old, but Zachary Darner from the Brownsville community in Kitsap County already knows so much about the value of giving back.

Three years ago, he set out on a mission to make a few sick children in the hospital a bit happier during the holidays. It has turned into a community movement, delivering thousands of new toys to kids who could use some cheering up. 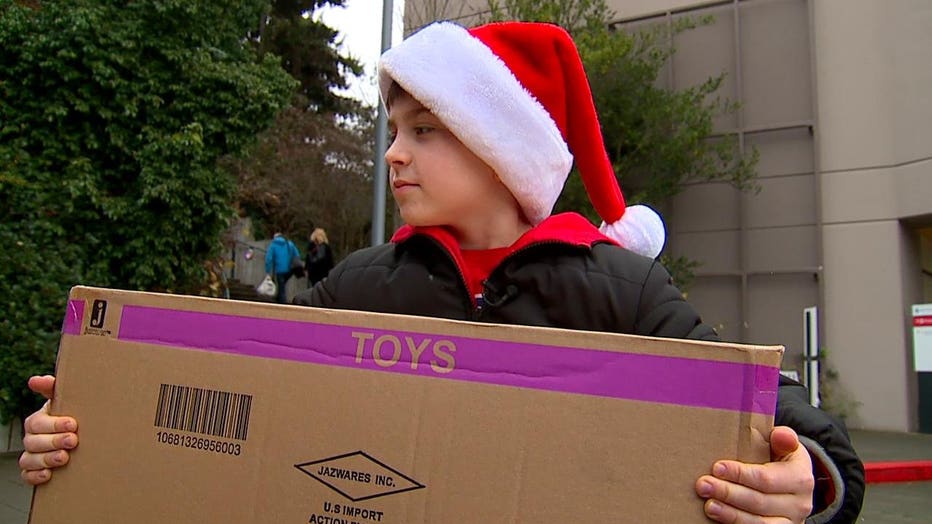 Darner has seen it for himself.

His little brother Noah had a kidney problem as an infant. Staying at the hospital for weeks left the family plenty of reasons to be sad. A few donated toys lifted Noah, Zachary, and the whole family. 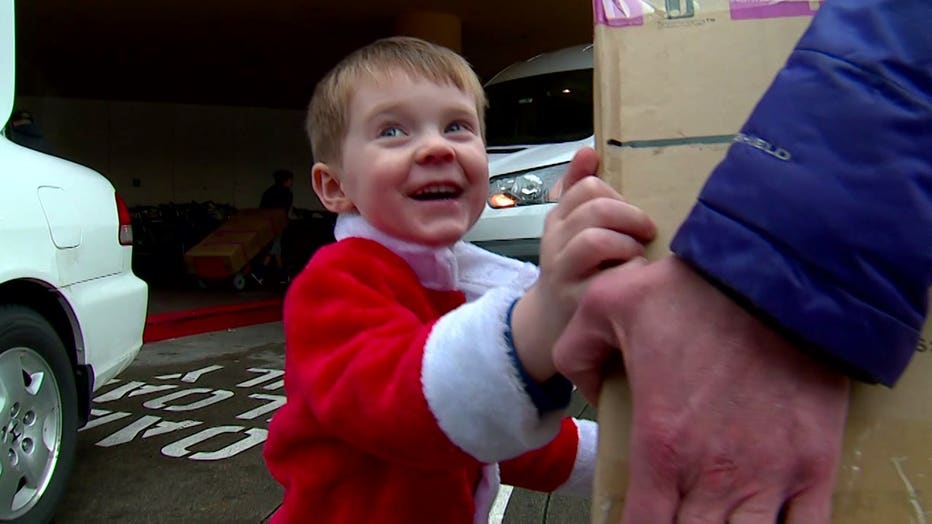 Zachary's little brother Noah was sick as an infant with a kidney issue and the family spent time in the hospital.

“He said he wanted to give back and help kids," she said.

Three years ago, Zachary's set a goal of 50 toys for his toy drive. They ended up with 259 toys, and delivered them to area hospitals serving children.

The second year he set a goal for a thousand toys. Zachary delivered 1,589 toys.

Let’s just say, it made his mom nervous.

“I really tried to talk him down,"  she said.

Zachary knew he couldn’t do it alone. So he set up appointments, and spoke to anybody and every group that would listen. 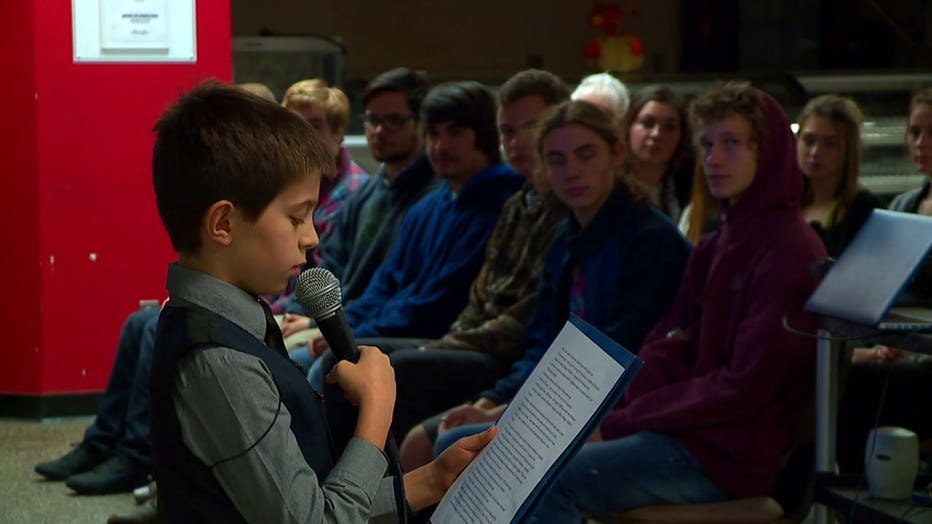 9-year-old Zachary Darner speaks to a group of students at West Sound Technical Skills Center in Bremerton in November of 2018.

Q13 caught up with him last November, giving a presentation to about a hundred students at the West Sound Technical Skills Center in Bremerton.

“We will deliver the toys during the holidays right before the Christmas this year,” Zachary told the group.

It worked. This year Zachary put out 28 collection boxes around the community.

As for reaching his lofty goal of 5,000 toys, this 9-year-old realized what was possible. 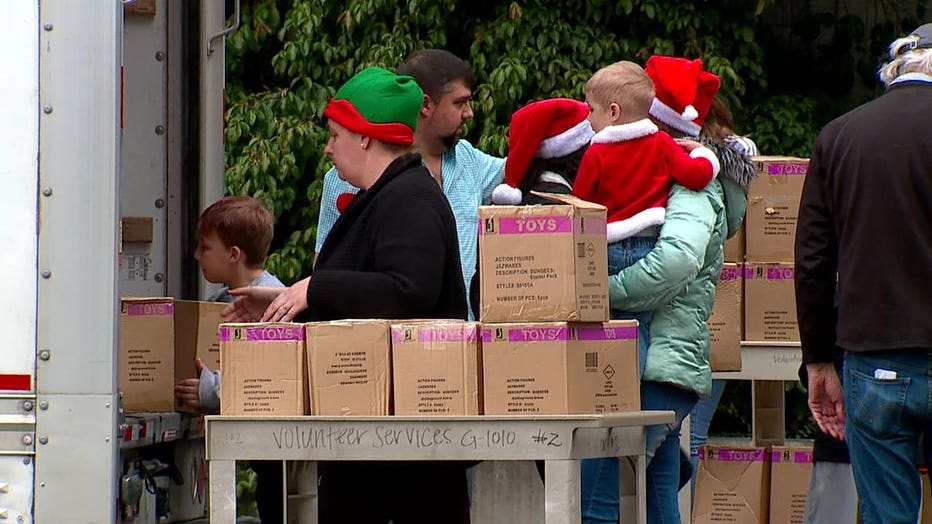 The team in action. Unloading boxes of toys at three area hospitals.

His mother added, “He has an extraordinary determination in wanting to accomplish his goals and he’s incredibly driven.”

Privacy rules keep even the smallest of big donors from meeting the kids who receive the toys, but the impact is still evident.

It's healing that goes beyond medicine.

For 2019, Zachary is already planing to deliver 200 Easter boxes containing books, Kindles, Nooks, puzzles, games, journals, coloring books and small stuffed animals to children with cancer who are in the hospital. He's also set his Christmas goal for 2019 at 6,000 toys.

“I love knowing those children when they get the toys, they’ll have happy faces,” said Zachary.

His family has created a non-profit to support Zachary’s efforts. If you'd like to nominate someone making a difference in your community, click here. 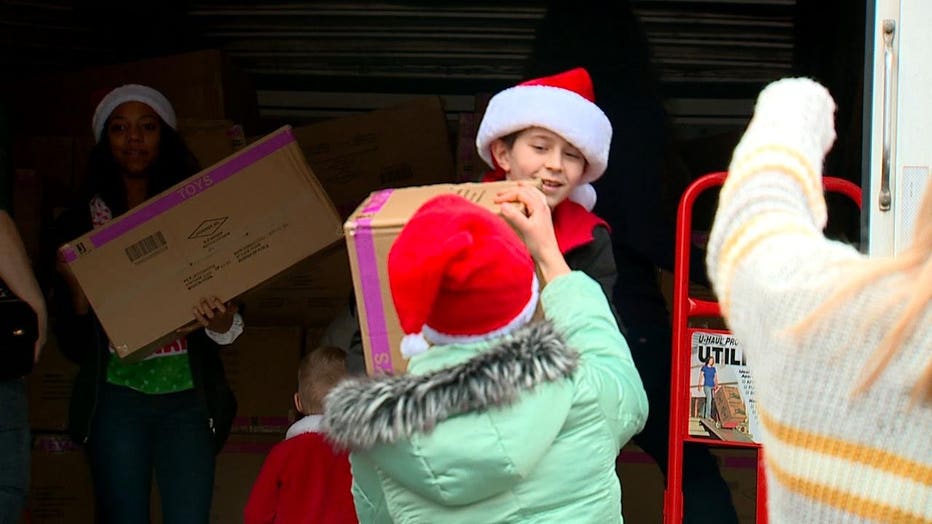