TACOMA -- Valentine’s Day is a time to let the people close to us know how much we love them.

7-year-old Samara Canley is spreading that love to strangers who could use a pick me up.

Leading up to Valentine's Day, she delivered 350 care packages to homeless people in the Tacoma area.

“Maybe there are just some people out there who really need this in their lives,” said Canley, whose smile could light up any room.

She's been making those care packages since she was 5-years-old. She reacted to something many of us see all the time, a homeless person holding a sign on the side of the road.

“I sort of went into their emotions," she said. Then she told her mother she wanted to do something about it.

Her mother, Atiya Canley asked her, "What are you going to do?”

Samara responded by braiding bracelets. She sells them online to raise money to buy supplies for the care packages, an undersized entrepreneur on a crusade. You can buy those bracelets and support the effort at: Artandhearts.com

“I do it because I know these people need help,” Samara said.

But to help more people, she needed more manpower, or in this case-- kid power. So she enlisted the help of her classmates and friends.

They've apparently caught the bug for giving back. 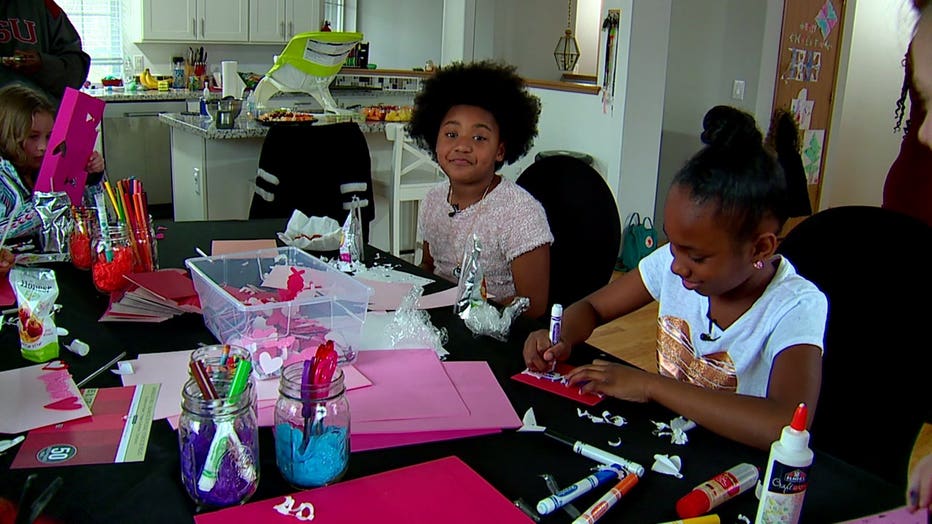 7-year-old Samara Canley and her friends makes Valentine's Day cars that are added to care packages for homeless people in Tacoma.

While carefully crafting a Valentine to go inside a care package, her friend Olivia Frieson said, “When everybody sees this, they’ll try to change themselves. They will try to be kinder. They will try to love all. This is why I’m doing this.”

“It was so important for her to give back. I don’t know if there is enough of that these days, so to see that in your child, I can’t even describe how that makes me feel.”

A mother who would become even prouder on delivery day.

Samara and her mother carried hundreds of care packages in to Nativity House Day Shelter and three other area shelters around Tacoma.

“It will send morale up so high," said Bill Bruno, the volunteer coordinator at Nativity House.  "Because a lot of our folks don’t get, well they don’t get mail period. Knowing someone special like this young lady cares. It’s incredible.”

Samara then met and handed one of the care packages to Rodney Ray Williams, who receives services at the shelter.

“I’m really happy to talk to somebody who's homeless," said the seven-year-old.  "I’ve never talked to those people and I want to know how they feel.”

Williams responded, “We are normal people just like everybody else. We have hard times.” 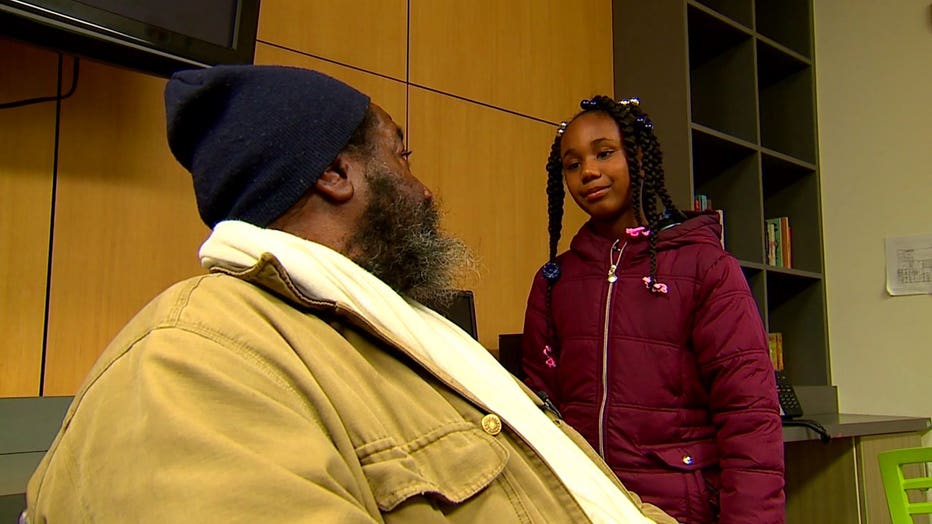 7-year-old Samara Canley creates an unforgettable connection with Rodney Ray Williams, discussing what it's like to be homeless.

A conversation, and within moments, a connection.

Then she warmed his heart with words encouragement.

“I am very happy for you," Samara said. "Because I know you are going to have a great future.”

“Thank you very much," Williams said, with a tear rolling down his face.”

A reminder, the real gift is so much more, than what’s in the bag. 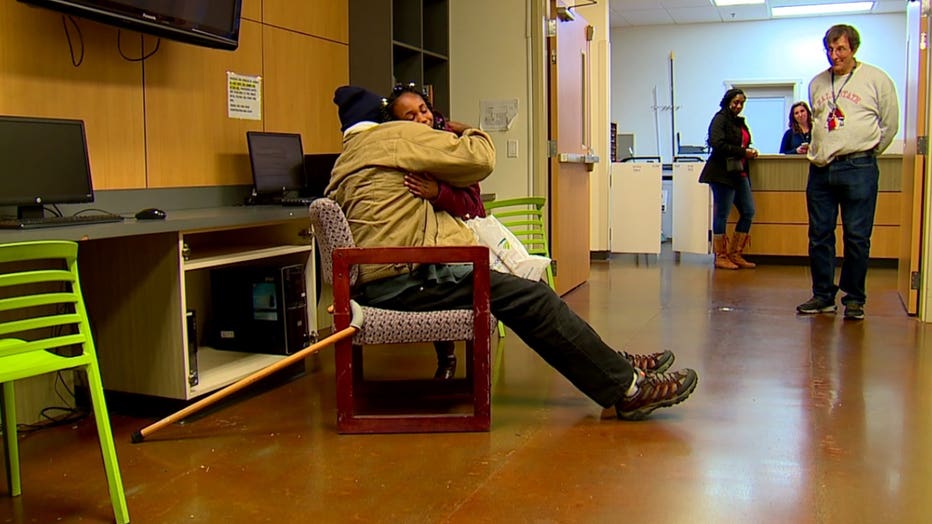 Samara Canley and Rodney Ray Williams share a hug goodbye, after the 7-year-old gave him a care package for Valentine's Day.

So we honor 7-year-old Samara Canley as a Changemaker in our community.

If you would like to support the effort and buy one of Samara's bracelets, just go to: Artandhearts.com