The largest technology show in the world has a large amount of mediocre gadgets and a small handful of gems.

On the eve of CES 2019, the annual consumer technology conference in Las Vegas, reporters and aspiring tech companies fill a conference hall for a first look at some of this year's offerings. The "CES Unveiled" event is a chance to see what technology themes will fill up the show this year.

Many of the companies showed similar innovations, such as the multiple smart-home security cameras and various fuzzy robots for children who have tired of their human playmates. There were funny but forgettable entries, such as a water bottle with a Bluetooth speaker, and a refrigerator that detects when you are out of beer and orders more.

The event showcased a few interesting ideas, but not all will make it to market. 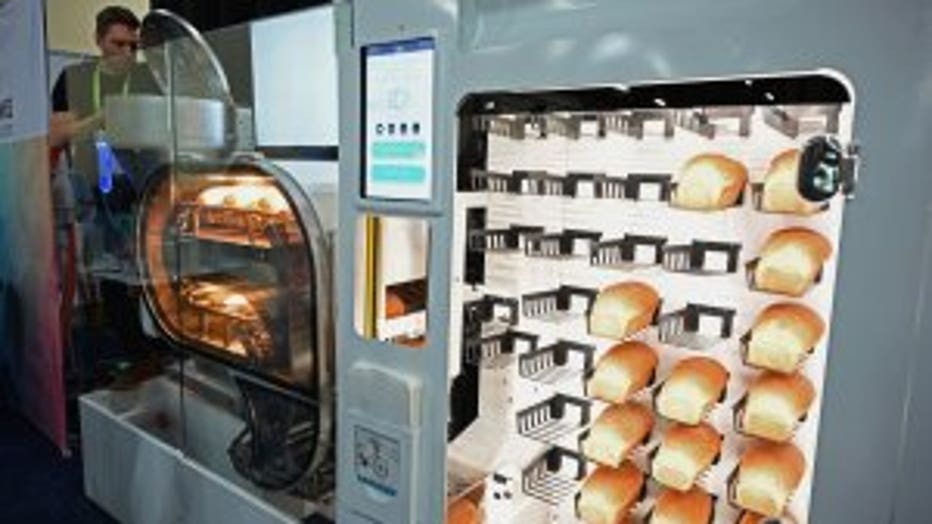 The highlight of the event was yummy, fresh bread baked on the spot by the Breadbot — a carb vending machine. The automated device starts with dry ingredients and bakes several different types of bread, including white, whole wheat, nine grain, sourdough and honey oat.

It bakes 10 loaves an hour and mixes, forms, proofs and cooks them all on its own, without a human. The bread requires fewer preservatives since it's made on the spot, according The Wilkinson Baking Company.

Three US grocery chains will begin testing it out in stores later this year, though Breadbot's makers would not specify which ones.

Breast pumps are all the rage

Mobile breast pumps made a splash at CES two years ago, and now multiple companies are hopping on the trend. Willow is back with a slightly updated version of its hands-free, cordless breast pump. 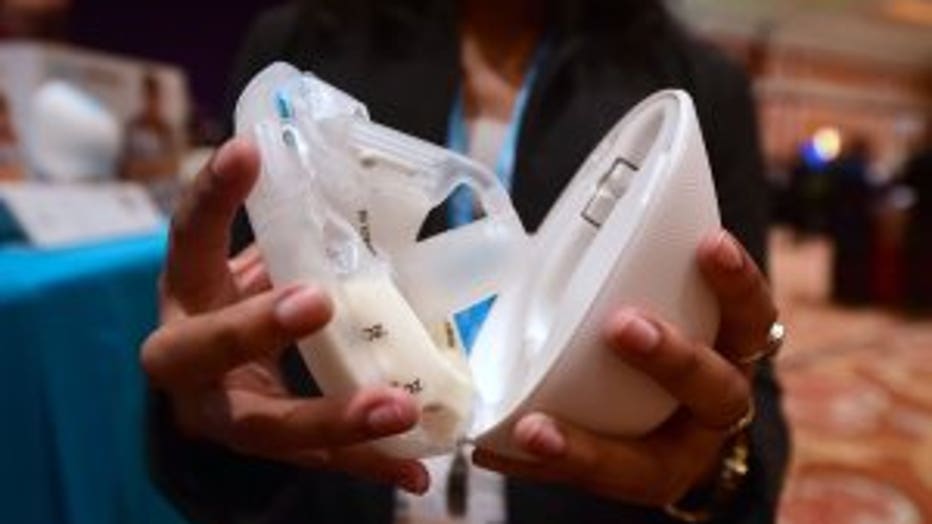 The new smart breast pump from Willow, billed as a smart wearable breast pump, quiet enough to use in a conference call is displayed at Showstoppers during the 2017 Consumer Electronic Show (CES) in Las Vegas, Nevada, January 5, 2017. / AFP / Frederi

British company Elvie is coming out with a similar looking device that can also be worn in a bra under normal clothes and operates with minimal sound so moms can go about their normal jobs and routines. The Elvie is already available in the United Kingdom and will start shipping in the United States in February.

Not to be outdone, yet another hands-free breast pump device will make its debut at CES with a ... unique event. Imalac will have two women using its Nurture devices to pump milk live on the show floor, which it claims is a first for CES. Nurture is not a stand-alone pump, but a massage system that works with a standard pump to increase milk output.

There are devices for digital detoxing

Several products claimed they could help users cut down on screen time to live happier lives.

Mui is a $600 piece of wood. It is also a touchscreen display with Google Assistant voice controls that is meant to be a more natural interface than a regular screen.

It allows users to check the news and weather and send and receive messages by showing lit white text on the wooden slat. The Japanese company behind Mui says the technology blends into your home, for a calmer environment.

Similarly, Seraphin is a docking device that turns your mobile phone into a smart light bulb. It wakes users with a simulation of natural light, instead of the harsh blare of the smartphone screen.

While most of the innovations were designed for humans, fur-babies weren't overlooked. 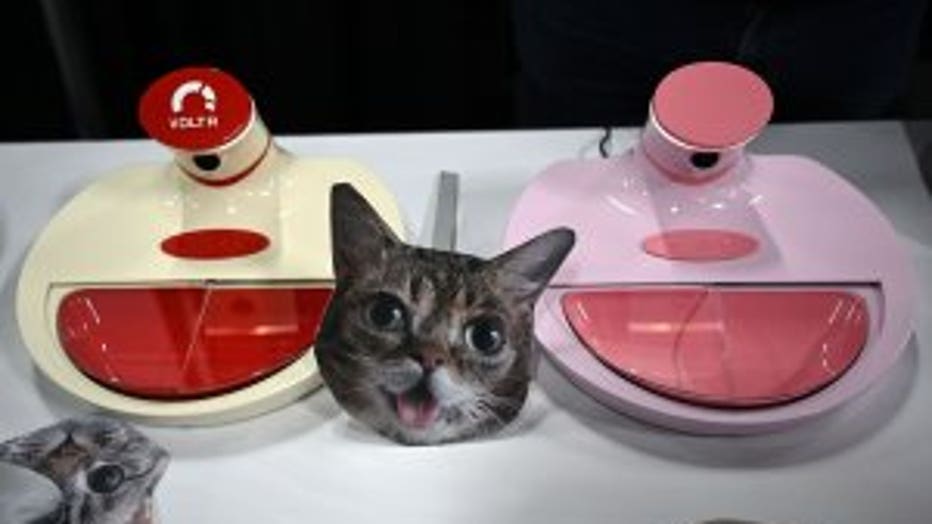 Mookkie, a smart pet feeder which recognizes individual animals, is displayed during a press event for CES 2019 at the Mandalay Bay Convention Center on January 6, 2019 in Las Vegas, Nevada. Through a wide-angle camera that deploys logic similar to t

Volta, an Italian company, has a product called Mookkie that recognizes each pet's face and then dispenses the appropriate food. This is particularly useful for households with different types of animals like a dog and a cat or animals with different dietary needs.

It will cost about $189 when it is released in the United States in September. It will also monitor food intake and alert pet owners when kitty needs a refill.

The product is part of a growing trend of training AI to recognize animal faces. Anki, a consumer robotics company, recently launched a robot called Vector that is learning individual cat faces.

The week is just getting started, so expect even more innovations that are fun, revolutionary and questionable.