Celebrities will stand up to cancer in telecast on August 21

Stand Up To Cancer is a televised fundraising special, supporting urgently needed research and new treatments for cancer.

LOS ANGELES - The entertainment community is coming together for "Stand Up To Cancer" — a televised fundraising special, supporting urgently needed research and new treatments for cancer.

Produced by actress Reese Witherspoon and her husband Jim Toth, this year’s 7th biennial event will air simultaneously on more than 60 participating media platforms across the United States and Canada, including all four major broadcast networks in the U.S.

The telecast will also be available to stream live and on-demand on several streaming platforms.

"Cancer is the second leading cause of death in the U.S. and the leading cause in Canada," said Witherspoon. "Unfortunately, too many of us have a personal experience with this disease. I’m proud to highlight the amazing doctors and scientists of Stand Up To Cancer who work tirelessly on important cancer research, innovative treatments and much-needed patient care," Witherspoon said in a press release. 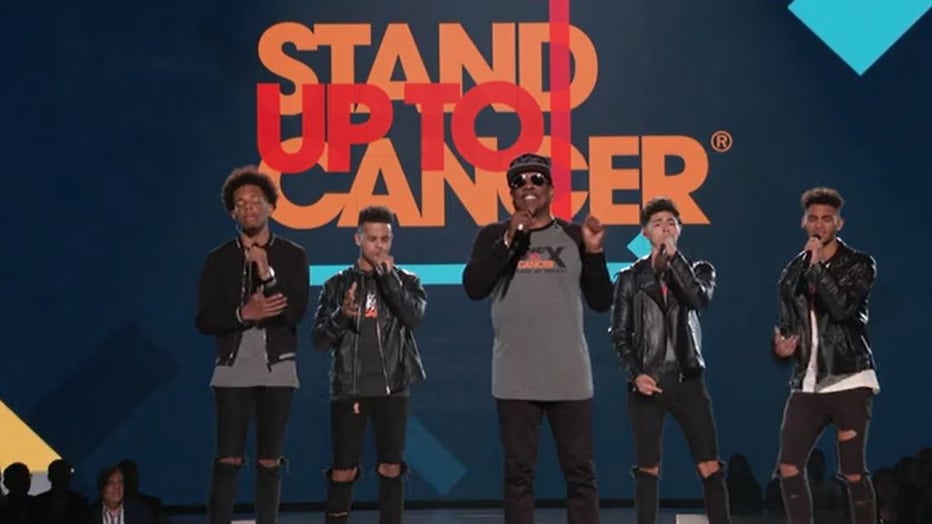 Produced by Reese Witherspoon and Jim Toth, "Stand Up To Cancer" air on August 21.

"Having lost my father to this disease, it is a privilege for us to continue to support the important work of Stand Up To Cancer as co-producers of the telecast," Toth added.

"Joining forces for cancer research saves lives. We know this because it saved Tran’s life 12 years ago," said Jeong, a panelist on FOX’s "The Masked Singer." "Stand Up To Cancer has been fighting against cancer for over a decade, working to ensure that all cancer patients become cancer survivors, like Tran. We couldn’t be prouder to co-host an evening with Stand Up To Cancer dedicated to saving lives.

This special comes after a year that has affected cancer care and research, including delays in screenings, diagnosis and treatment due to the COVID-19 pandemic.

"The most important part of my cancer diagnosis was catching it early. With all the complications and delays the pandemic has caused, it is more important than ever to support Stand Up To Cancer, so others have the resources they need for early detection," said Vergara. 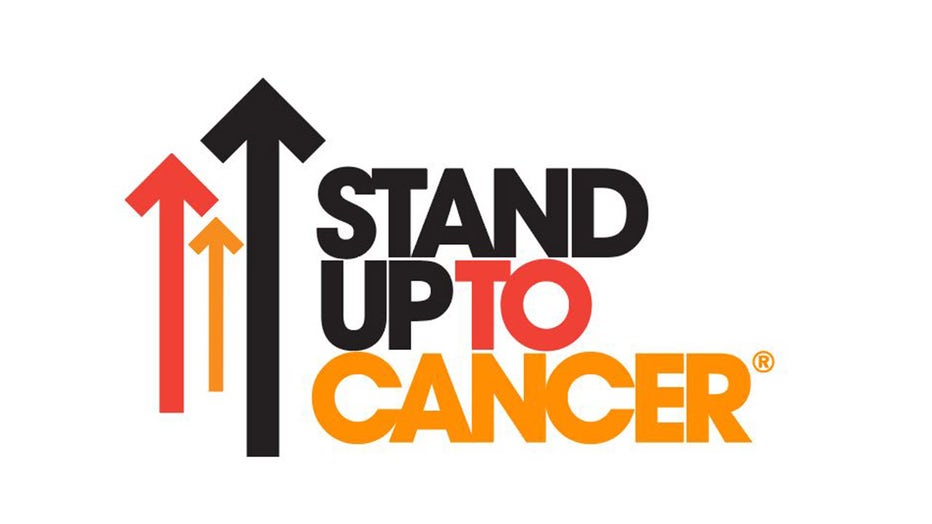 Stand Up To Cancer logo (FOX)

Stand Up To Cancer was established in 2008 by a group of women who wanted to galvanize the entertainment community to raise awareness about cancer prevention, and to highlight progress being made in the fight against the disease. As of January 2021, more than 1,950 scientists representing more than 210 institutions are involved in SU2C-funded research projects.

"When my father died of cancer, it gave me new awareness and purpose towards healing," said Common, an American rapper. "I carry his spirit with me in everything I do, and I know he’ll be with me on this special night with Stand Up To Cancer."

Since its inception, Stand Up To Cancer has raised over $603 million dollars. According to its website, the organization has contributed to nine FDA approvals for new cancer therapies, and 258 clinical trials treating more than 19,000 patients.

"We must ensure that new cancer treatments are developed quickly and efficiently and that there is access to preventive and lifesaving oncology services in every community," said the organization’s CEO, Sung Poblete, PhD, RN. "With 100% of donations received from the public supporting Stand Up To Cancer's innovative cancer research and awareness programs, our telecast gives us an opportunity to come together and take action to help raise the needed funds for this crucial work."

About the writer: Stephanie Weaver is a Los Angeles-based journalist. She is a host of the national streaming show, LiveNOW from FOX, and is a digital content creator for FOX TV. Find her on Facebook and Instagram at @StephWeaverTV.