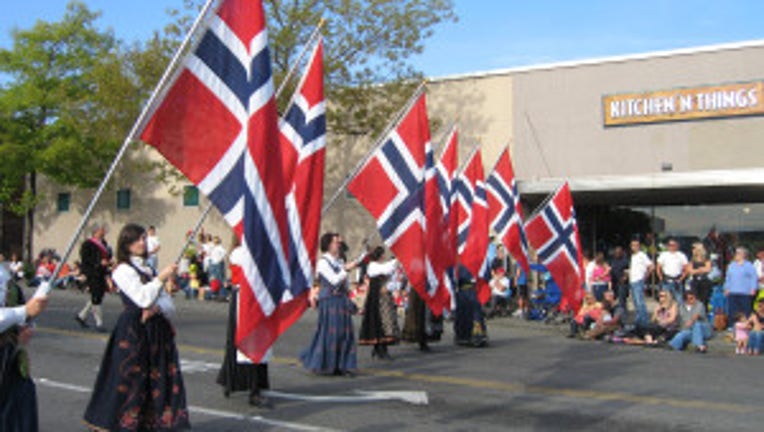 SEATTLE - Everyone and anyone can be proud to be Norwegian today in Ballard, celebrating Syttende Mai, also known as  Norwegian Constitution Day.  My Ballard blog lists a day full of events starting with kids games at the Nordic Heritage Museum, and ending with Syttende Mai parade at 6p.m. Friday.

About 5000 parade spectators are expected and with the street closures traffic could be a nightmare.  This year's emcees include Q13Fox's M.J. McDermott.