SEATTLE -- On Sunday, hundreds of men, women and children came together at the Stand Up Washington March to rally support 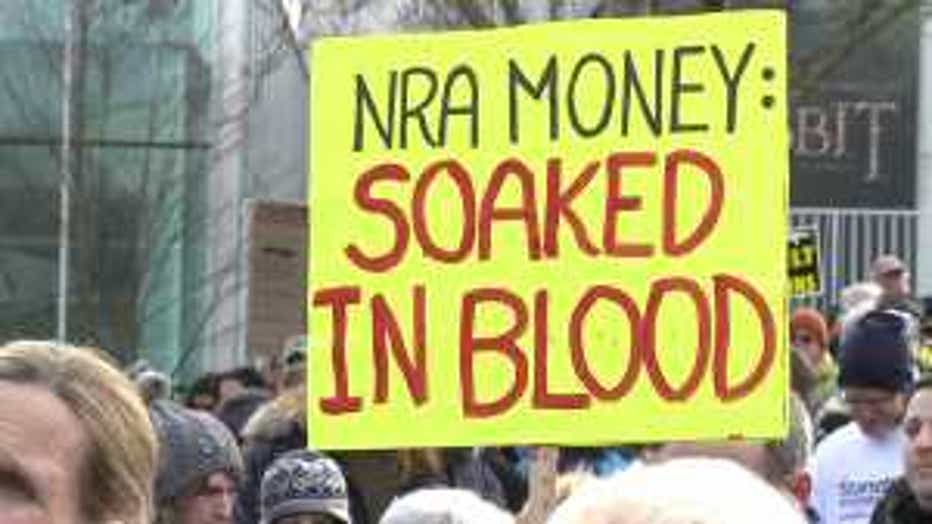 a ban against assault rifles in Seattle.

Many spectators held signs to voice their opinions, but Erica Sciera and Sara Reyerson had more to say than signs could carry.

The rally was one of many public outcries to keep assault rifles off the streets since the Newtown, Connecticut shooting almost a month ago. One US Senator is already asking major retailers to pull guns off shelves.

But a local gun advocate said these public demonstrations are off target. Alan Gottlieb is the founder of the 2nd Amendment Foundation. He saids talk of banning assault weapons is only spurring more sales and banning this one type of weapon won't end gun violence.

Gottlieb respects Sunday’s march as a first Amendment right, but he said his second amendment right is just as important.