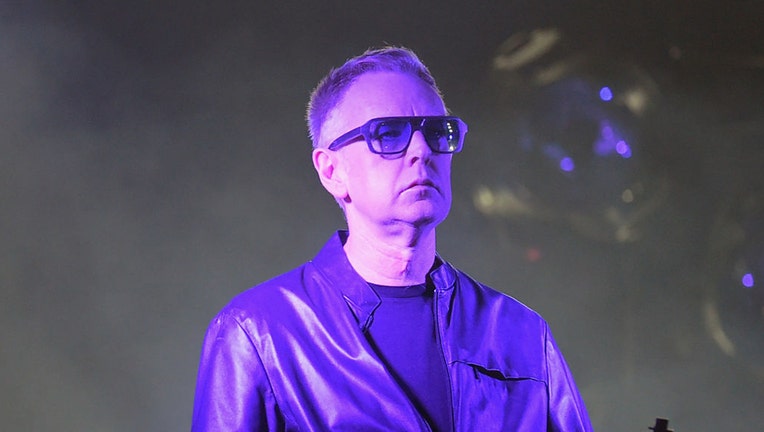 NEW YORK - Legendary electronic band Depeche Mode has announced the cause of death for founding member Andy Fletcher who died last month at the age of 60.

"A couple weeks ago, we received the result from the medical examiners, which Andy’s family asked us to share with you now," the band wrote on their official Instagram page on Monday. "Andy suffered an aortic dissection while at home on May 26. So, even though it was far, far too soon, he passed naturally and without prolonged suffering."

An aortic dissection is a tear in the aorta, the largest blood vessel to the heart. It is most common in men in their 60s and 70s. They are often caused by an underlying vulnerability that may be inherited, according to the Mayo Clinic.

"We had a celebration of Andy’s life in London last week, which was a beautiful ceremony and gathering with a few tears, but filled with the great memories of who Andy was, stories of all of our times together, and some good laughs," the post continued. "Andy was celebrated in a room full of many of his friends and family, our immediate DM family, and so many people who have touched Andy’s and our lives throughout the years. All being together was a very special way to remember Andy and see him off."

"So thank you for all of the love you’ve shown Andy and his family and friends over the last few weeks," the post concluded. "It honestly means the world to all of us. Andy, you’ll be missed, but certainly not forgotten."

Andy, you’ll be missed, but certainly not forgotten. - Depeche Mode

Clarke left the band in 1981, and Alan Wilder became the newest member. The band, founded in Essex, England, gained international success throughout the 1980s and the 1990s with hits including "Enjoy the Silence" and "Just Can’t Get Enough."