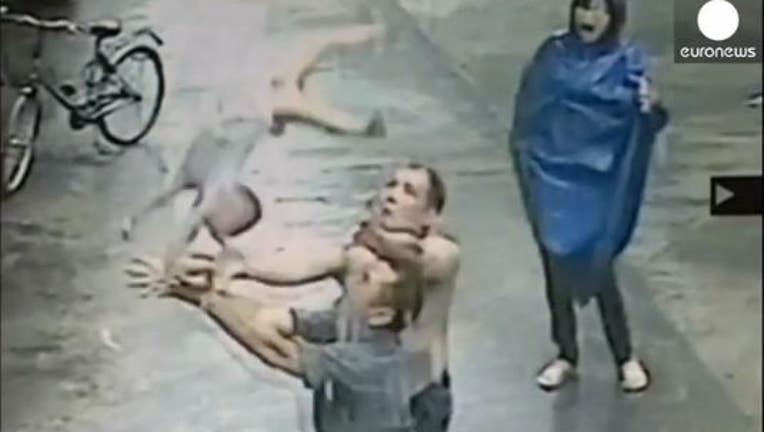 GUANGDONG PROVINCE, China – Two men in southern China are being credited with saving a baby’s life after the 1-year-old climbed out onto a second story ledge and fell.

Euronews published the video on YouTube and reported that the baby climbed out of the window during a thunderstorm.

The two men saw the baby and rushed to the street below hoping to catch him reported Euronews.

Others nearby piled items in the street, like cardboard, to pad the area but that wasn’t needed because as you can see in the baby the men caught him.

Euronews identified the men only as Mr. Li and Mr. Hu.

China’s official news service CCTV published a quote reportedly from Li saying he didn’t have much time to think.

“I was just afraid of failing to catch him," said Li to CCTV.  “Some people put down cardboard to avoid serious injuries to the baby if I fail to catch him,"

"It was nothing but human instinct to do so," Hu told CCTV.

Euronews reported the baby was uninjured in the fall and reunited with his mom.