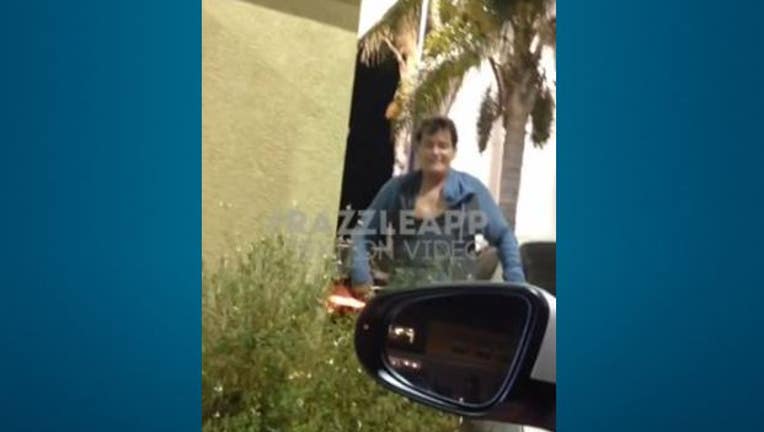 Charlie Sheen is back and in a new video posted to YouTube he admits being 'hammered' as he wanders around the outside of a Taco Bell.

A self-described fan captured cell-phone video of the actor staggering between the cars waiting at the drive-through.

In the video the fan can be heard calling Sheen over to the car.

Sheen then leans into the car window and proceeds to talk to both the man and woman inside.

At one point he pulls down his loose fitting shirt and shows off his Charlie Brown tattoo.  A few seconds later he's seen showing off another tattoo on his arm.

Then as quickly as it began it ends and Sheen wanders away.