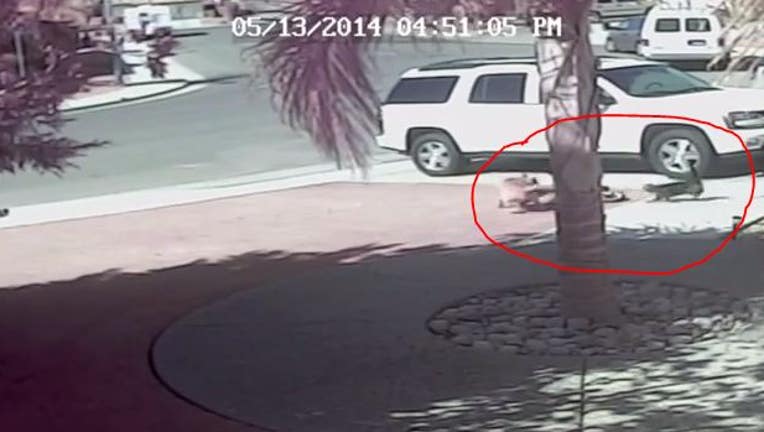 BAKERSFIELD, Ca -- A California man posted video from a home surveillance system that shows a little boy first being attacked by a dog and then being saved by a cat.

The man, Roger Triantafilo of Bakersfield, posted the video on YouTube Wednesday morning and in the caption wrote:

"My cat defends my son during a vicious dog attack and runs the dog off before he can do additional damage. Thankfully, my son is fine!"

ABC23 in Bakersfield spoke with the boy's mother, Erika Triantafilo, who said the boy needed a few stitches but was OK.

The TV station also reported that the dog belonged to a neighbor.

TMZ.com reported that  the dog was picked up  by animal control and officials have decided to euthanize the animal.