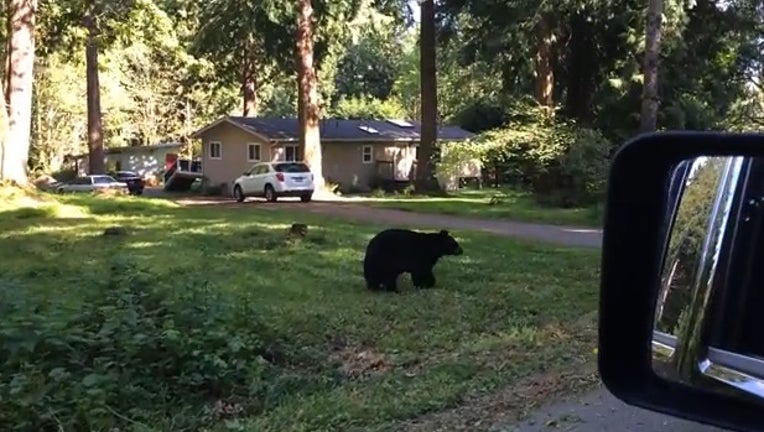 Edwards said initially he saw just one of the bears and couldn’t figure out why that bear was keeping such a close eye on his vehicle until he noticed the second bear cross the street in front of him.

There have already been a number of reports of bear sightings in and around Sammamish and Issaquah.  Neighbors who live near green belts or up against the foothills are asked to ensure they aren’t doing anything to attract bears to their property including leaving trash cans open or easily assessable.