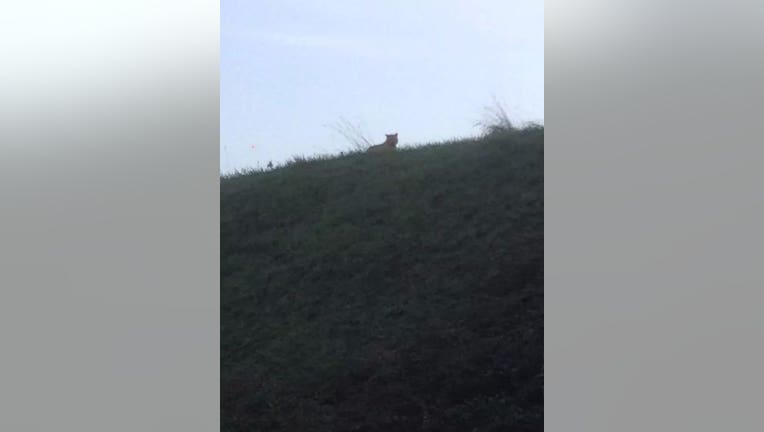 Residents were urged to stay inside Thursday, Nov. 13, 2014, after a big cat was spotted prowling in woods not far from Disneyland Paris, a local official said.

PARIS -- The big cat spotted in the woods east of Paris isn't a tiger after all, French authorities said Friday, citing analysis of the beast's tracks.

Just what kind of feline the French are dealing with remains a bit of a mystery, so police in the Seine-et-Marne department cautioned residents to continue to take care when walking and to avoid wooded areas.

But an official with the National Board of Wildlife and Hunting, Eric Hansen, told CNN affiliate BFM that the cat, whatever it is, poses no danger to people.

Witnesses first reported the feline Thursday in an area not from Disneyland Paris. Park visitors weren't in any danger, a spokeswoman said.

Police and other officials armed with dart guns hunted the cat all day Thursday without success.

Many French didn't seem to be seriously worried.

But Khalil Mabrouk had a plan.