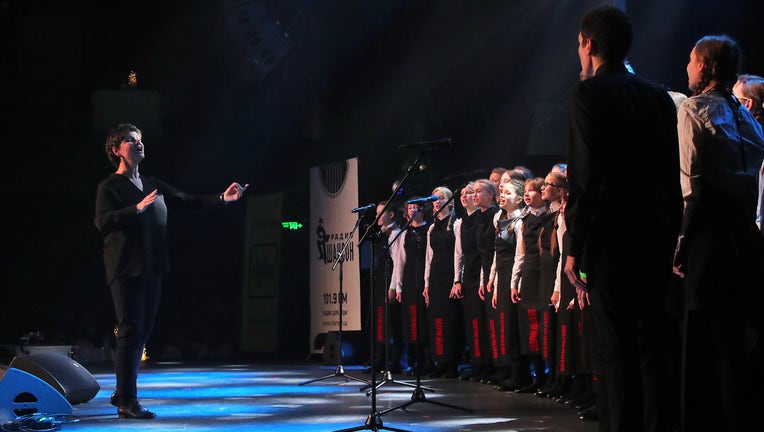 "Carol of the Bells" is one of the most recognizable Christmas songs on Earth, and we have Ukraine to thank for giving "Christmas magic to the world."

According to the Ukraine government website, "Carol of the Bells" was not a carol: It was "Shchedryk," a four-note melody dating back to the pre-Christian era that Ukrainians sang in the spring when swallows returned from their winter migration. The song was part of New Year celebrations meant to bless each other with a prosperous harvest.

Centuries later, in 1916, Ukrainian conductor and composer Mykola Leontovych heard the simple tune and turned it into "a choral masterpiece." It premiered at the Kyiv Philharmonic in December that same year.

In 1918, Ukraine declared independence from the Russian Empire, but the newly formed government "had to fight" for recognition in the international community. The new head of state decided to use the power of song as a tool for diplomacy, directing Oleksandr Hoshyts to assemble a choir of 100 singers for a European tour.

The choir was trying to get to Paris, where world leaders were meeting for the Paris Peace Conference to redraw European borders following World War I. Ukraine’s leader hoped the choir would help them gain formal recognition — and also fuel international support for Ukraine’s fight against Bolshevik Russia.

Ukraine’s choir was able to leave Kyiv on Feb. 4, 1919, a day before Russians captured the city. Only 30 singers left for the tour.

"Shchedryk" wows on the world stage 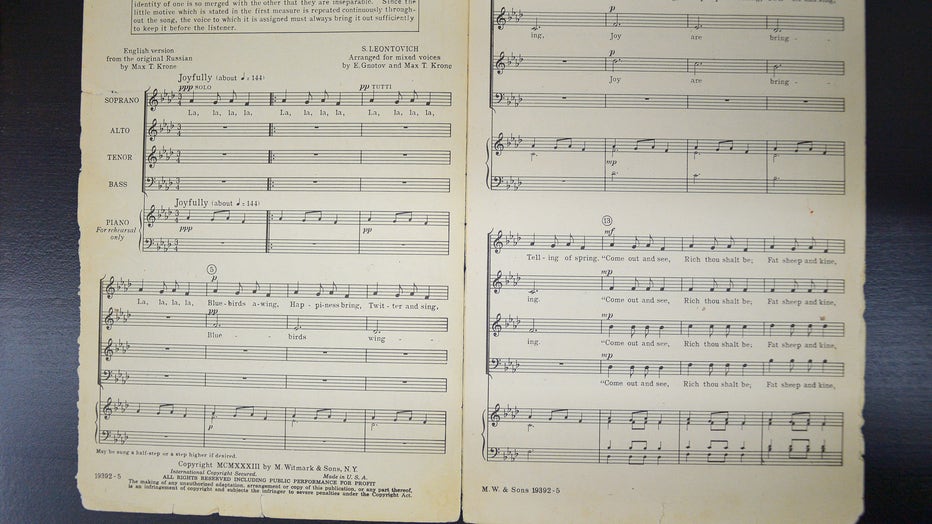 Score of Carol of the Bells is seen at the Mykola Lysenko Museum where the first playback of the record with a New York recording of Shchedryk carol (Brunswick, 1922) takes place, Kyiv, capital of Ukraine. (Photo credit should read Yeven Kotenko / Uk

"Shchedryk" saw success on the world stage starting in Czechoslovakia in May 2019, when the "magic" first captivated a foreign audience.

From there, the tour wowed audiences in Austria and Switzerland. It turns out, the ambassador to France was at one of the Switzerland performances. The ambassador was so fascinated by the choir, he helped them get to Paris some nine months after the tour began. France’s government had denied visas to the singers because their country wasn’t recognized as independent.

In France, the choir performed 25 concerts, but none had been attended by the French prime minister, the chairman of the Peace Conference. The prime minister didn’t support an independent Ukraine.

READ MORE: Ukrainian soldiers come to Minnesota for prosthetics — and then return to the fight

From France, the choir went on to Belgium, the Netherlands, Germany, Spain and Poland. In every country, Leontovych’s "Shchedryk" was the most popular song in the program. It was translated into several different European languages and performed by foreign choirs, but the fascination with Ukrainian singers wasn’t enough for Western leaders to recognize Ukraine as independent.

By 1921, Ukraine was occupied by Russians, and composer Leontovych was killed.

Ukrainians flee to the United States 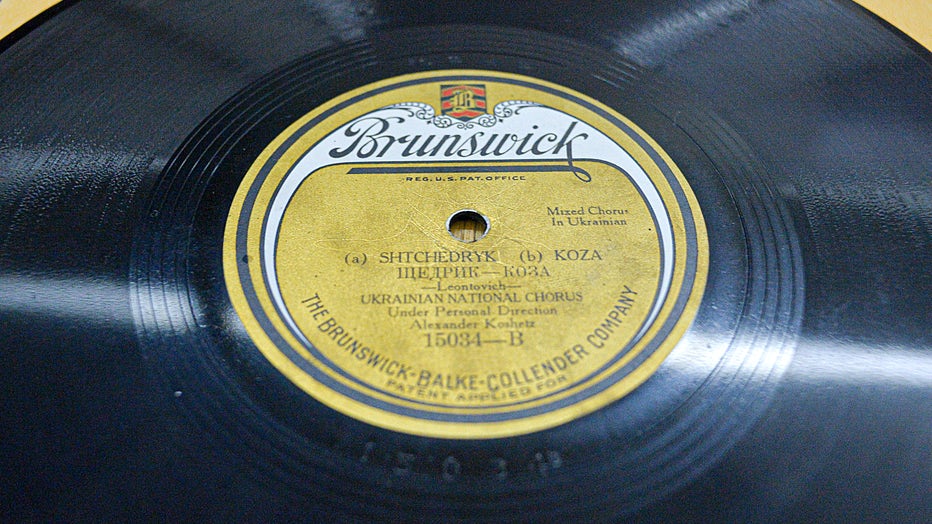 A vinyl record with a New York recording of Shchedryk Christmas carol (Brunswick, 1922) has been played in the capital for the first time at the Mykola Lysenko Museum, Kyiv, capital of Ukraine. (Photo credit should read Yeven Kotenko / Ukrinform/Futu

With their home country under occupation, Ukrainian singers moved to the United States in 1922, and that’s when the future "Carol of the Bells" made its debut in North America. Not long after they started touring in the U.S., the choir recorded several songs, including "Shchedryk," with a record company in New York.

The choir continued touring, performing in Mexico, Brazil, Argentina, Uruguay, Cuba and Canada before they stopped touring in 1924. For five and a half years, "Shchedryk" had been their biggest hit.

After the tour ended, some of the singers stayed in New York and continued to perform in the 1930s. American conductor Peter Wilhousky, who was of Ukrainian descent, heard "Shchedryk" at one of these performances. At the time, he led a school choir in New York and was in search of a song to be played on NBC Radio.

"I needed a short number to fill out a program ... since the youngsters would not sing in Ukrainian, I had to compose a text in English,"  Wilhousky said at the time. "I discarded the Ukrainian text about ‘shchedryk’ and instead concentrated on the merry tinkle of the bells which I head in the music."

Nearly two decades after "Schedryk" was born, the swallows were changed to bells and the Ukrainian spring became an American Christmas. The song, "Carol of the Bells," has been ingrained in U.S. Christmas culture since the 1940s.