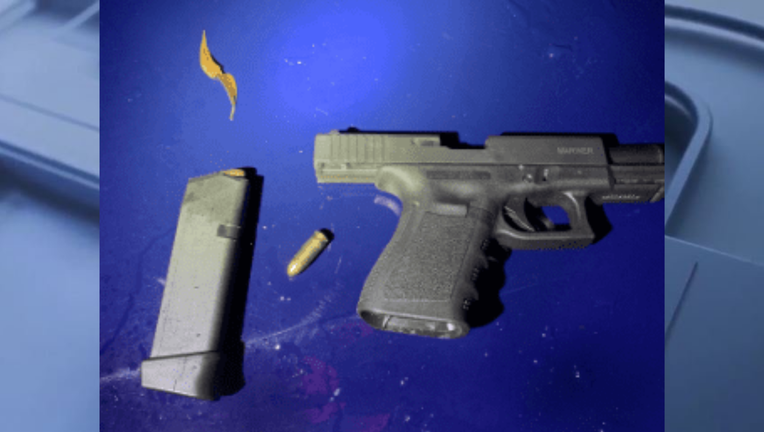 SEATTLE - Seattle police arrested a carjacking suspect after they say he tried to drive away but got stuck in mud.

Investigators said at about 11 p.m. Wednesday, a man was parking his car near 8th Avenue and King Street when another man approached him, pistol-whipped him and took his phone, wallet, shoes and keys.

The victim called 911 and reported that he was able to track his car to Colman Park.

When officers arrived, they saw two people sitting in the victim’s stolen car. Police blocked the entrance and exit.

According to investigators, the suspects saw the officers and tried to ram the patrol car while trying to drive away.

The suspects then drove across the park on the muddy grass, crashed into the park bathroom and got stuck.

Officers arrested the driver and the passenger, and found a handgun in the car.

The driver, a 20-year-old man, and the passenger, an 18-year-old woman, were booked into the King County Jail.