Urbanites have apparently found an answer to rural California's long nefarious history of cow-tipping. A group of men in San Francisco have allegedly taken to car-tipping.


Three Smart cars were "tipped over" late Sunday or early Monday, local media reported. The pint-sized, two-door coupes were either set on their hind quarters or tipped completely over.

The feat of upending a car listed at roughly 1,800 pounds may take more muscle than merely pushing over a snoozing cow, but the vandals also appeared to know what they were doing, according to one witness.

Brandon Michael told KGO-TV that he stepped outside to smoke a cigarette when he saw a group of eight people in hooded sweatshirts walk up to one of the Smart cars.

"I thought they looked like they were up to no good and then sure enough they walk up to this Smart car right here, all huddle around it and just lift it up and set it on its hind legs -- that's pretty much it," he told the station.

In an interview with NBC Bay Area, Michael described the surreal image of a car sitting upright on the street, saying they looked like "dachshunds sitting up on their hind legs."

There were no immediate reports of estimated damage as San Francisco police launched an investigation. 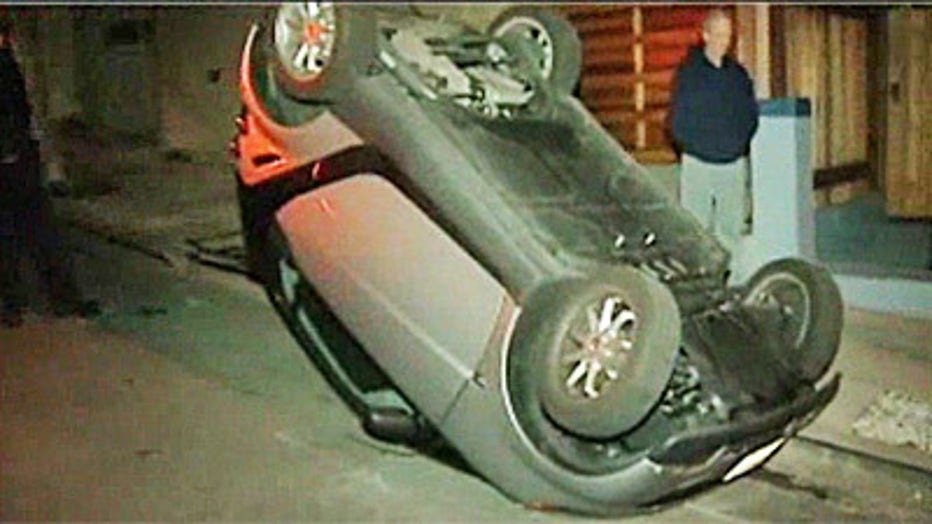