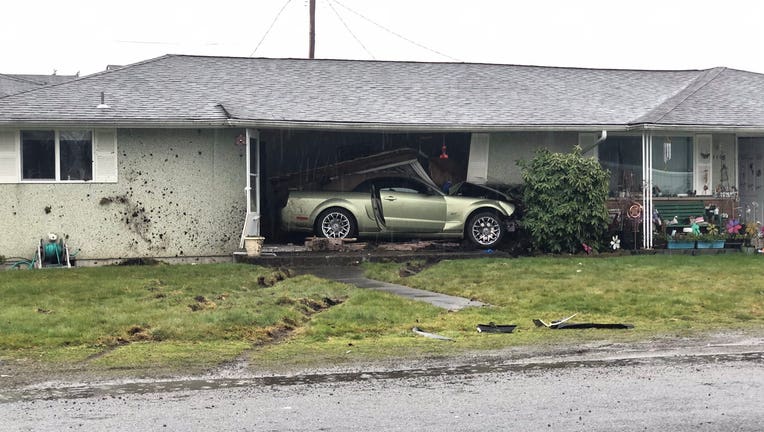 PARKLAND, Wash. - A man had to be rescued from his own living room Monday morning after a car crashed into his home in Pierce County.

According to the Pierce County Sheriff's Office, it happened just before 10 a.m. in the 100 block of Sherian Avenue in Parkland. Sgt. Darren Moss said a car was speeding down the road and crashed into the home seemingly without slowing down, a witness told detectives.

The driver got out of the car and walked away.

The man inside the home was injured and had to be rescued from his living room. He was taken to the hospital, but he's expected to be OK.

Investigators have not yet identified a suspect.