Jordan-Ellis Cheatom entered a plea of not guilty to Assault in the 3rd Degree,  Felony Hit and Run, DUI and Reckless Driving in King County Superior Court today.  He is being held on $150,000 bail. A case setting is scheduled for September 12th. 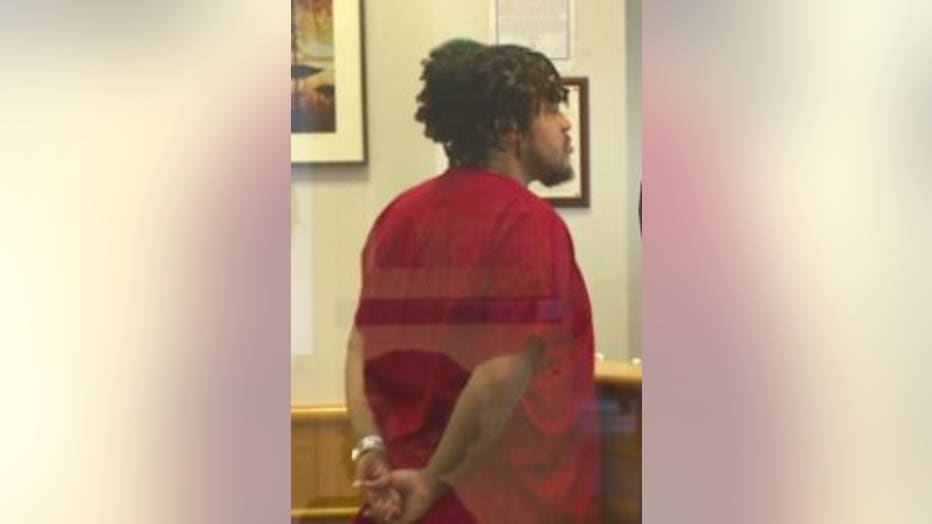 A suspect accused of dragging a Washington State Patrol trooper across four lanes of traffic during a DUI stop is scheduled to be arraigned tomorrow in King County.  Jordan-Ellis Cheatom is facing charges for Assault in the 3rd Degree,  Felony Hit and Run, DUI and Reckless Driving.  Detectives say dash cam images show Cheatom fighting with a trooper who tried to arrest him for DUI after the Pearl Jam concert in Seattle.  Detectives say he jumped in his car -- dragging the trooper across four lanes of busy traffic.

Renton Police arrested the 27-year-old on Monday after he was featured on Washington's Most Wanted.   Commander Dave Leibman says officers received a tip that Cheatom would be visiting Laborworks at 3155 NE Sunset Blvd.  "The officer forwarded the information to some of our special operations people.  Cheatom showed up as promised and was arrested," said Commander Leibman.

Crime Stoppers of Puget Sound confirms they received the same information via an anonymous tip so the WMW viewer will be receiving a reward of up to $1,000.

Cheatom is Washington's Most Wanted Capture #1008 thanks to tips from our viewers.

PREVIOUS --
Troopers call Jordan-Ellis Cheatom a ‘grave danger’ to the community and a flight risk.

Troopers say they pulled him over for running a red light on 4th Ave. S. after leaving a Pearl Jam concert earlier this month in Seattle.

Detectives say dash cam images show Cheatom fighting with a trooper who tried to arrest him for DUI. Detectives say he jumped in his car -- dragging the trooper across four lanes of busy traffic. "The suspect was able to put the car in drive and the trooper was drug across the lanes of 4th Ave. S. He was able to reach-in and get the car in park and separate himself from the vehicle at which time, the suspect put the car back in drive and fled the scene,” described Trooper Rick Johnson. “It's a life a death situation for the trooper. His goal when you are getting drug is to separate yourself from this vehicle. He suffered some abrasions and I believe swelling on one of his legs, but for the most part, he's fine.”

Cheatom was convicted of DUI in 2015 and also has busts for aggravated theft and criminal mischief.

Cheatom has ties to Nebraska and Iowa and has a nationwide warrant for his arrest.