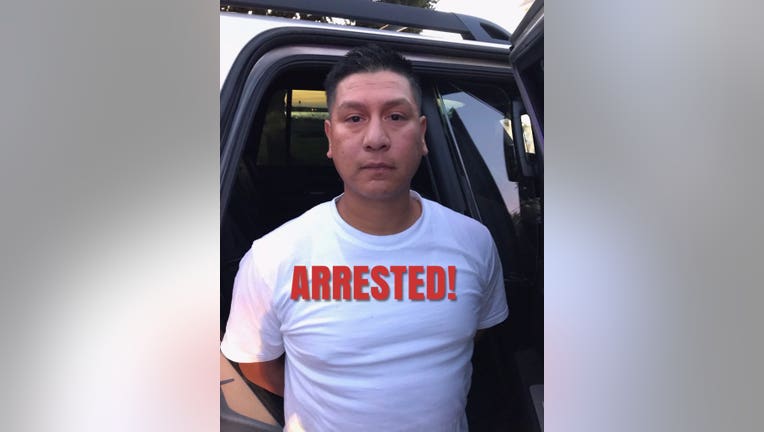 He was wanted by Yakima police on four counts of rape of a child first-degree, two counts of child molestation and one count of assault of a child in the third-degree.

U.S. Marshals said in a release that authorities received information from Washington's Most Wanted viewers that Ortega was traveling between Bellingham and Blaine.   Task Force members based in Snohomish county followed up on the leads and conducted surveillance in Blaine.   Officials say they surrounded a home at about 6 p.m. and with the help from Blaine Officers, started calling him out.   Ultimately, they had to force their entry into the home where they arrested Ortega.

Supervisory Deputy U.S. Marshal Raymond Fleck, Yakima, attributed the successful capture of Ortega to the public and private sector partnerships reinforced over this summer during Operation Invictus Civitas, Undefeatable Community, “I am incredibly proud of the work our men and women did over the past three weeks to pursue and capture ORTEGA, and the willingness of citizen’s across Washington to provide critical information that led to his capture. Their efforts, along with the faith the Yakima Police Department, Yakima County Sheriff’s Office and Washington State Department of Corrections has placed in the PNVOTF by detailing full-time detectives and officers as force-multipliers, ensures that violent offenders like Ortega will be brought to justice.”

Ortega is WMW Capture #1126 thanks to tips from our viewers. 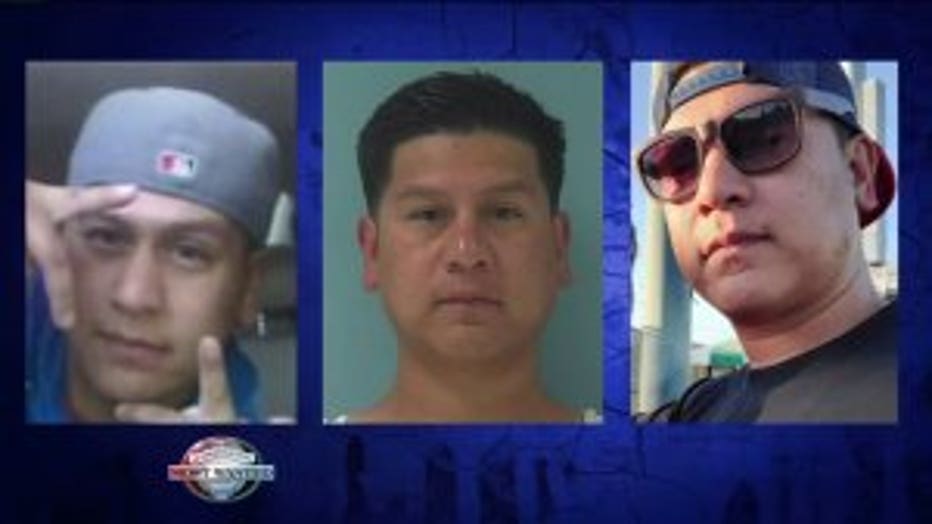 WANTED BY U.S. MARSHALS IN YAKIMA  --
Child rape suspect, Justin Ortega, is wanted in Yakima, but could be anywhere in Washington state.

He is a violent convicted felon who is considered ‘armed and dangerous’ and now -- accused of committing horrific crimes against children. “We have, currently, four counts of Rape of a Child First Degree, two counts of Child Molestation and one count of Assault of a Child in the Third Degree,” said Yakima Police Det. Curt Oja. “The Yakima Police Department and the Pacific Northwest Violent Offenders Task Force, we're seeking the public's assistance in catching this guy, so he can answer for his charges. I'm sure that there are people who are acquainted with him to know a little bit about where he's at. Perhaps, if they start figuring out what he's wanted for and hear some of the charges, they may be less-willing to offer him support, or assistance.”

Detectives think Ortega's still in Washington state. He has ties to both the Spokane and Seattle area, as well as the Lower Yakima Valley and other parts of Central Washington.

He has a nationwide warrant for his arrest, so if he is out-of-state, he will be brought back to Yakima County once he's caught.

His long criminal history includes convictions for domestic violence. "This is what I would consider a chronic abuser, the chronic batterer and there's documentation going back numbers of years, since the time pretty much he left high school, where he's been in-and-out of trouble for some of these violent crimes against people, domestic assaults and some other related offenses, but it's continued and now it's starting to impact the lives of children, so it's not just adult victims anymore. He's progressed to where he can harm some of our most vulnerable victims,” said Det. Oja.

Detectives say he has tattoos on his right calf, right arm and forearm and a scar on his left forearm.

The victims he's accused of abusing are young girls.